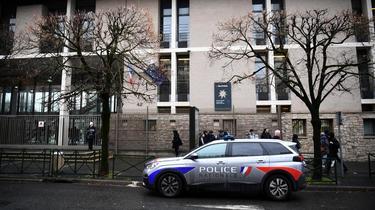 Youth killed in a fight in Fleury-Mérogis in July 2022: Ten people were arrested on Tuesday

Youth killed in a fight in Fleury-Mérogis in July 2022: Ten people were arrested on Tuesday

Ten people were arrested and taken into police custody on Tuesday as part of an investigation into the death of a 17-year-old teenager during a fight in Fleury-Mérogis last July.

Last July, young Lucas, 17, was killed in a fight between two rival gangs in Fleury-Mérogis in Essonne. He suffered “very serious head injuries” in the collision and died a few hours later. This Tuesday, ten people involved in this affair were arrested in Évry, Draveil and Lisses, as confirmed by information from the Parisian AFP.

According to the victim’s uncle, Lucas was not involved in a gang fight but had “only left his house to go to a friend’s house” before he was violently assaulted. Against the background of a dispute over a drug debt, young people from a band from the neighboring town of Évry drove to Fleury-Mérogis to settle their scores after an initial argument. Lucas, leaving home, would then have faced the young people of Évry, who would then have attacked him.

A version supported by Fleury-Mérogis mayor Olivier Corzani, who described him as a “calm and gentle” teenager who found himself “in the wrong place at the wrong time”.

The Essonne department south of Paris is regularly the scene of clashes between youth gangs. In 2020, a quarter of the fights recorded in France took place in this department, which has around 1.3 million inhabitants. In 2021, 129 collisions were registered there.

See also  SNCF: Here are the tickets protected by the price freeze
Share