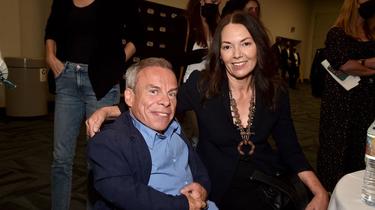 Willow: Ron Howard talks about the future of the series

Willow: Ron Howard talks about the future of the series

While “Willow” hasn’t been officially renewed or canceled for the time being, Ron Howard spoke about the future of the series, which was adapted from his 1980s cult film of which she narrates the sequel.

The first season, which will air on Disney+ from November 2022, Willow is currently on hold. While fans are hoping to see a second season soon, Ron Howard, director of the original film released in 1988 and executive producer of the series, is quite enthusiastic and confident about the subject.

While he can’t definitively confirm that the series will be renewed, he does point out that everyone involved from season 1 is waiting for a season 2. “There was always a hope and a plan for more seasons,” he said in an interview for The Hollywood Reporter, published Jan. 21. “There are definitely more stories to tell, but I can’t comment on anything specific at this point. From a creative point of view, everyone is under tension. Everyone loved working on Willow. I feel like he’s found his voice and his place, so here we are,” he said.

Ron Howard, who credits series creator Jonathan Kasdan for his contemporary take on Willow, also told EW, “I don’t want to make any promises because I already have a few things that I dream about. But if we’re lucky enough to be able to continue the streak, I will commit as much as I can as I have this season because it means a lot to me. Appreciated by audiences and critics alike, the series is actually just waiting for the green light from Disney.