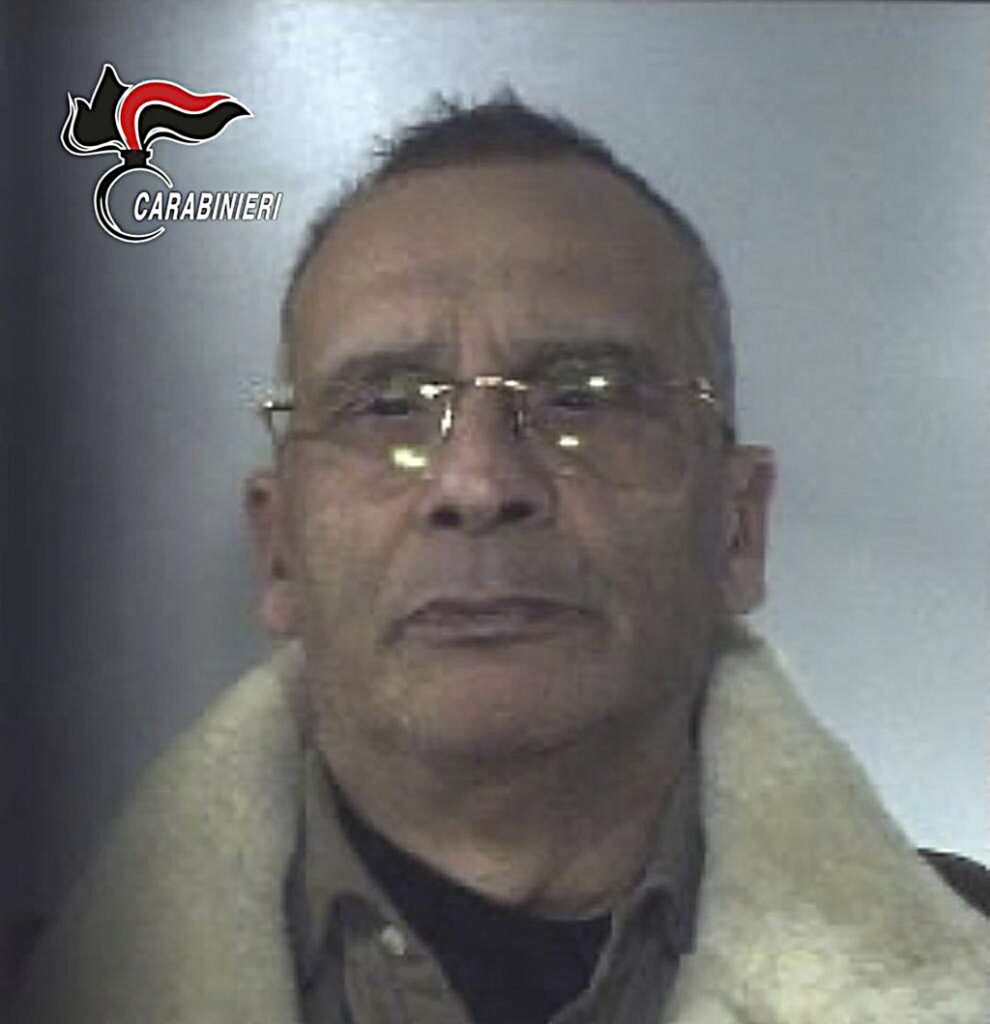 Who is Matteo Messina Denaro, this mobster arrested after 30 years on the run?

Share
Contents hide
1 Wanted since 1993, this Monday, January 16, Matteo Messina Denaro was found during a treatment in a private clinic in Palermo
1.1 Last “boss” of the Sicilian mafia
1.2 The Man Who “Single-Handedly Filled a Graveyard”
1.2.1 Also Read: Who Was Gina Lollobrigida, That Great Italian Actress Who Died at 95?

Who is Matteo Messina Denaro, this mobster arrested after 30 years on the run?

Wanted since 1993, this Monday, January 16, Matteo Messina Denaro was found during a treatment in a private clinic in Palermo

At the Maddalena private clinic, Matteo Messina Denaro, the last head of Cosa Nostra, was arrested to treat his colon cancer. This Sicilian mafia criminal has been wanted for more than 30 years. The one with the nickname “Diabolical”or ” The six«, “Le Sec”, which refers to his tall and slender figure, was treated at this clinic under the slightly ironic name Andrea Bonafede (from the Latin expression “bona fide” or “in good faith”). During his arrest by the Carabinieri, the mafioso, who felt like he had been made into a rat, offered no resistance. The arrest was then applauded by the other patients in the clinic.

Last “boss” of the Sicilian mafia

Since the death of Bernardo Provenzano and godfather Salvatore Riina, known as Toto Riina, in 2017, it was actually Matteo Messina Denaro who had taken the torch of “Cosa Nostra”. It was these iconic chefs who inspired Mario Puzo for the fresco of the godfather adapted for the big screen by filmmaker Francis Ford Coppola. Since 1993, Matteo Messina Denaro has been suspected of continuing to order crimes from hiding and directing all of Cosa Nostra’s affairs. He had been listed by Interpol as one of the ten most wanted criminals since 2015.

See also  We've seen for you... the first two episodes of Prometheus (TF1)

After the 1992 assassination of judges Giovanni Falcone and Paolo Borsellino, in which Denaro is certainly implicated, the Cosa Nostra was destroyed by the judiciary. She fell from her pedestal after the arrest of “La Belva” or “The Wild Beast”, Toto Riina, who had reigned over terror for more than 20 years. The arrests and confessions of the penitents then decapitated the rest of the leadership team, according to specialist Vicenzo Ceruso. However, if the judiciary managed to destroy the mystery at the moment, then in the long term the children and other branches of the mafia developed. Especially when we know that Judge Falcone even assured of “possible points of convergence between the leaders of Cosa Nostra and the occult power centers”.

The Man Who “Single-Handedly Filled a Graveyard”

Matteo Messina Denaro is the son of a “Cosa Nostra” descendant. His career is that of the perfect mafia without scruples. Protected by Toto Riina, Denaro has been steeped in crime since childhood. According to Le Parisien, the murder record credits him with at least 50 murders before his 30s, the first of which was committed when he was 18. Implicated in the bombing that killed judge Giovanni Falcone, an anti-mafia hero who died on May 23, 1992 – along with that of his wife and three bodyguards. Denaros was then praised with these words: “I alone have filled a graveyard”.

The mafia boss was involved in all the most reprehensible areas. The FBI considers him one of the largest drug traffickers in the world, smuggling drugs across Europe and dealing with Colombian traffickers. In addition, Matteo was also involved in the arms trade, with activities also including waste management, wind power, and retail stores. He was famous for his ability to evade the police for years and keep in touch with his accomplices through advanced technology and secure means of communication. There were rumors that he gave himself facial surgery and managed to have his fingerprints changed. From now on he will sit in prison awaiting a historic trial that will end a cycle in Italian mafia history. The police were celebrated for this impressive coup.

Also Read: Who Was Gina Lollobrigida, That Great Italian Actress Who Died at 95?