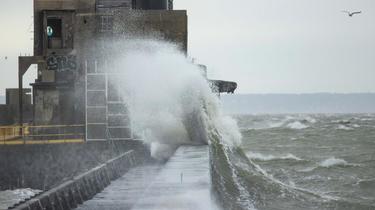 As the Gérard storm moves away, 17 departments were placed on Orange Alert by Météo France this Tuesday, January 17th. The southwest and Corsica are particularly affected.

A situation that is not improving. This Tuesday, January 17th, Météo France put 17 departments on Orange Alert, notably because of the risk of violent storms, heavy rains, floods or even snow-ice.

More precisely, four countries (Landes, Gers, Pyrénées-Atlantiques and Hautes-Pyrénées) are at risk of strong winds due to the Fien depression, which causes “a significant increase in the wind”., forecasters say. Wind gusts of up to 137 km/h were recorded in Socoa (Pyrénées-Atlantiques) that night and cumulative rainfall of 30 to 40 mm was recorded in the Landes.

The Pyrénées-Atlantiques, the Landes, and Haute-Corse and Corse-du-Sud are affected by the orange alert for rain and flooding. Corsica and the Var are placed on Orange Alert “Submerging the Waves”.