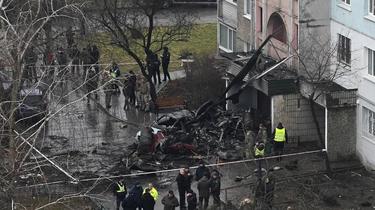 Moscow on Wednesday compared Western countries’ actions against Russia in Ukraine to the “final solution” used by the Nazis to exterminate the Jews during World War II.

Sergei Lavrov, head of Russia’s diplomacy, did not hesitate this Wednesday to compare Western countries’ actions against Russia in Ukraine with the “Final Solution” of Adolf Hitler and his regime aimed at annihilating the Jews during World War II.

“Just as Napoleon mobilized almost all of Europe against the Russian Empire, just as Hitler mobilized and conquered most European countries to oppose the Soviet Union, the United States assembled a coalition today,” he told a news conference. According to him, their aim “is the same: the ‘final solution’ of the Russian question. Just as Hitler wanted to solve the Jewish question, Western leaders are now saying … in no uncertain terms that Russia must suffer a strategic defeat.”

Regard: #RussiaForeign Minister Sergei Lavrov said the US had put together a coalition of European countries to “solve the Russian question” in the same way as Adolf did #Hitler has been looking for a “final solution” to eradicate Europa #Jews.https://t.co/J3fjFjijJI pic.twitter.com/CKTRyyhpMo

Such statements obviously did not miss the reaction of the people. The French Embassy in Israel therefore recalled that “the only ‘final solution’ leaves an indelible scar on human history. To make a comparison to the Holocaust is both outrageous and infamous.” The European Jewish Congress said it was “shocked and appalled by the shameful comparison” that was made.

It is not the first time that Sergey Lavrov has made dubious statements on this issue. Last year he claimed that Adolf Hitler had “Jewish blood”. A departure that forced Vladimir Putin himself to apologize to Israeli diplomats.

See also  Departure of the Route du Rhum 2022: when and on which channel?
Share