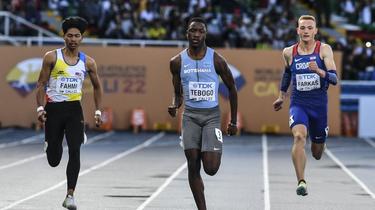 The Stocks and Securities Limited company is under the scrutiny of the Jamaican judiciary over a fraud that would have hurt Usain Bolt, the former Jamaican sprinter. The sum would affect several million dollars.

Could the greatest sprinter in history have been duped? That’s what Jamaican authorities will try to understand after they launch investigations into a fund investment company that allegedly caused Usain Bolt a multimillion-dollar loss.

The company in question, Stocks and Securities Limited, has been placed under “enhanced surveillance” by Jamaica’s Financial Services Commission (FSC), the time to conduct the investigation.

“Every effort has been made to get to the bottom of this story,” Nugent Walker, the eight-time Olympic champion’s agent, told Jamaica Gleaner. “His entire (investment) portfolio is being reviewed,” he said.

According to the Caribbean Daily, millions of dollars could not be found. However, the FSC said it was aware of “fraud allegations” regarding Stocks and Securities Limited. She will now be able to monitor the company’s transactions and money movements.

TVJ News, a Jamaican television network, estimated that $30 million would go into these fraud allegations, of which $6 million would belong to Usain Bolt.

See also  War in Ukraine: 2023 will be the year of victory for Volodymyr Zelenskyy
Share