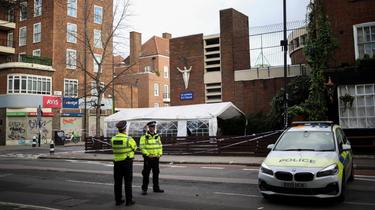 At least 10 people were killed in a shooting in a California city during Lunar New Year celebrations on Saturday night. The shooter, a man of “Asian origin”, was surrounded by police on Sunday.

A new tragedy caused by a gun in the United States. At least ten people were killed in a shooting that took place around 10 p.m. on Saturday, January 22, in Monterey Park, a city about six miles from Los Angeles.

The shooting took place in a dance hall an hour after the New Year celebrations in this city of around 61,000 people, mostly of Asian origin.

Tens of thousands of people had gathered for the two-day celebrations, which were particularly important for the Asian community. The second day of the party was canceled on Sunday.

THE SUSPECT IDENTIFIED BY THE POLICE

The gunman, a “man of Asian descent,” was surrounded by police on Sunday, reported multiple local media outlets broadcasting live footage from the helicopter.

A white van believed to be the suspect is blocked front and rear by armored police vehicles in the town of Torrance south of Los Angeles, just over 25 miles from Monterey Park.

At the moment, police have not specified the type of weapon he used during the shooting.

Investigators were also reviewing information about a possible link to a shooting attempt that same night at another dance hall at the nearby Alhambra, the Los Angeles County Sheriff said earlier in the day.

According to several American media outlets, this attempt was thwarted by the suspect being knocked to the ground and disarmed without causing any casualties.

US President Joe Biden was “updated on the shooting by Homeland Security Advisor (Elizabeth Sherwood-Randall)” and “urged to ensure that the FBI (Federal Police) have full support of local authorities,” the White House spokeswoman said, Karine Jean-Pierre on Twitter.

See also  FTX: Why Did This Cryptocurrency Champion Collapse?
Share