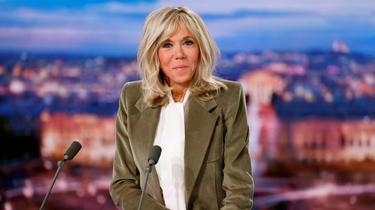 Uniform at school: Brigitte Macron is for it

Uniform at school: Brigitte Macron is for it

The First Lady of France, Brigitte Macron, said on Wednesday January 11 that she supports the wearing of a school uniform provided it is accompanied by a “simple and not sad outfit”.

In an interview published by Le Parisien this Wednesday, January 11, Brigitte Macron, the wife of the President of the Republic Emmanuel Macron, spoke out “in favor of wearing the uniform at school”.

“I wore the uniform as a student: 15 years navy blue skirt, navy blue sweater. And I’ve lived it well. It erases the differences, we save time – it’s time-consuming deciding how to dress in the morning – and money – compared to brands,” said the first lady, who was asked about the issue by seven readers of the daily.

“So I’m all for wearing a school uniform but with a simple and not sad outfit,” she added.

While Education Minister Pap Ndiaye said he did not want to open the debate, the President’s Renaissance Party launched a working group in the National Assembly on the issue.

In mid-December, a National Assembly bill aimed at making uniforms compulsory in public schools and colleges was defeated by a committee in the assembly, despite support from the right. But the text is expected this Thursday in the plenary hall.