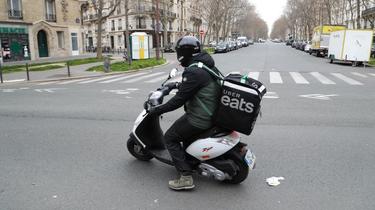 More than a hundred VTC drivers from Lyon have won their case against Uber. The transport company was convicted by the Lyon Labor Court this Friday, January 20, and must pay 139 drivers of the platform a sum of 17 million euros.

A “historic” decision. This Friday, Uber was ordered to pay 17 million euros to 139 Lyon drivers who had appealed to the labor court to have their collaboration with the VTC platform reclassified as an employment contract.

“We had a pretty historic decision today,” the drivers’ lawyer, Stéphane Teyssier, told AFP. “Uber was ordered to requalify 139 drivers’ contracts for an amount of €17-20 million,” he said.

If the employees’ attorney had confidence in a requalification, he admits that he was pleasantly surprised by the “surprise sum” pronounced by the Lyon Labor Court. “A conviction of this magnitude is unprecedented in France,” he said.

According to Stéphane Teyssier, the prud’hommes, who made their decision under deliberation, decided on the basis of a well-established case law of the Court of Cassation of January 2020. “The Court of Cassation held that Uber drivers should be considered employees (…) It is the logical application of such jurisprudence,” he said.

For its part, Uber has already announced to AFP that it intends to appeal. A spokesman for the company, which hires VTC drivers, reiterated that the decision “goes against the widespread position of labor tribunals and appellate courts affirming the independence of VTC drivers using the application”.

In particular, this position judges “that there is neither an obligation to work nor an exclusivity towards Uber or that the drivers remain completely free in the organization of their work,” the airline denied a word from the American company to the press agency.

The status of the self-employed is often questioned

In March 2020, the Court of Cassation recognized the existence of a relationship of subordination between Uber and one of its drivers. She had decided that the self-employed status was “fictitious” and he was then to be considered an employee.

In September 2021, the Paris Court of Appeal ruled that the employment relationship between Uber and one of its drivers could be analyzed “as an employment contract” rather than a business relationship.

More and more countries are questioning the status of the self-employed on which platforms such as Uber or Deliveroo are based.