2022 has been a busy year for BTS members, whether as a group or individually.

V made a particularly strong impression on two occasions, proving his impressive popularity and impact on fans. 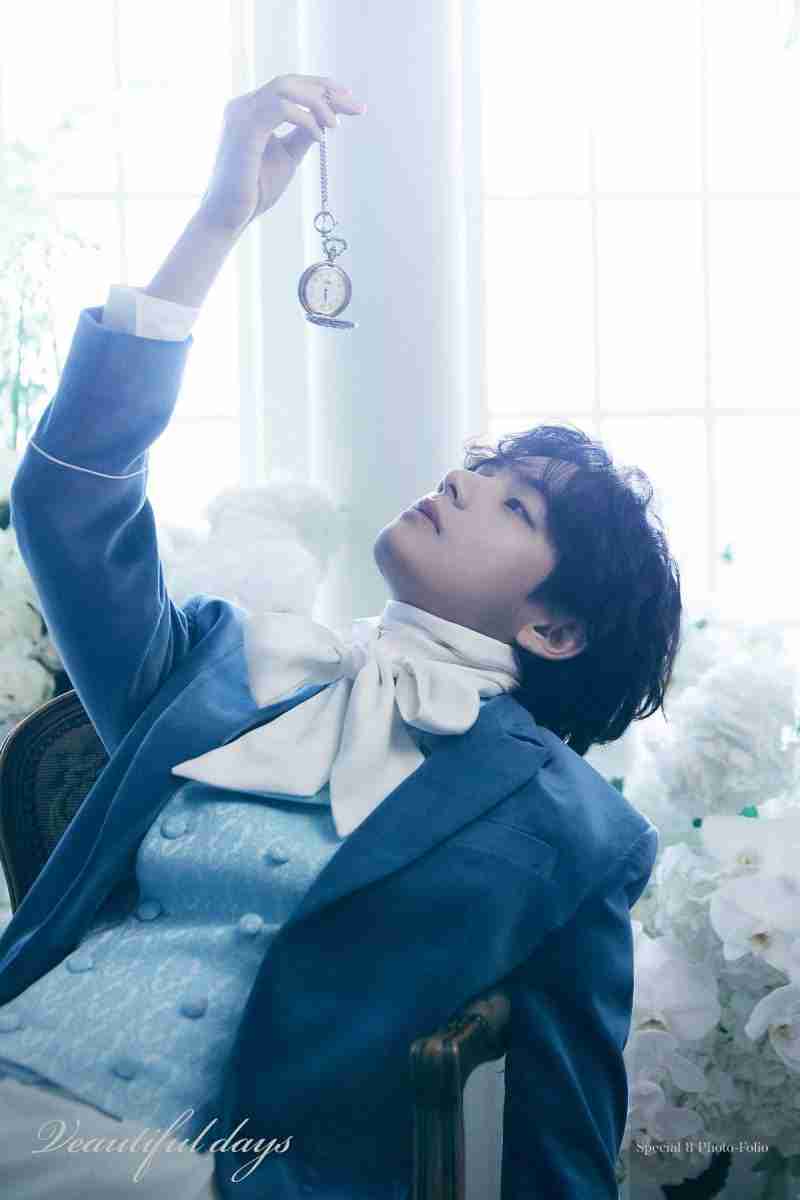 The famous US magazine VOGUE recently named the “Greatest Fashion Moments of 2022”, and V appears in the list! 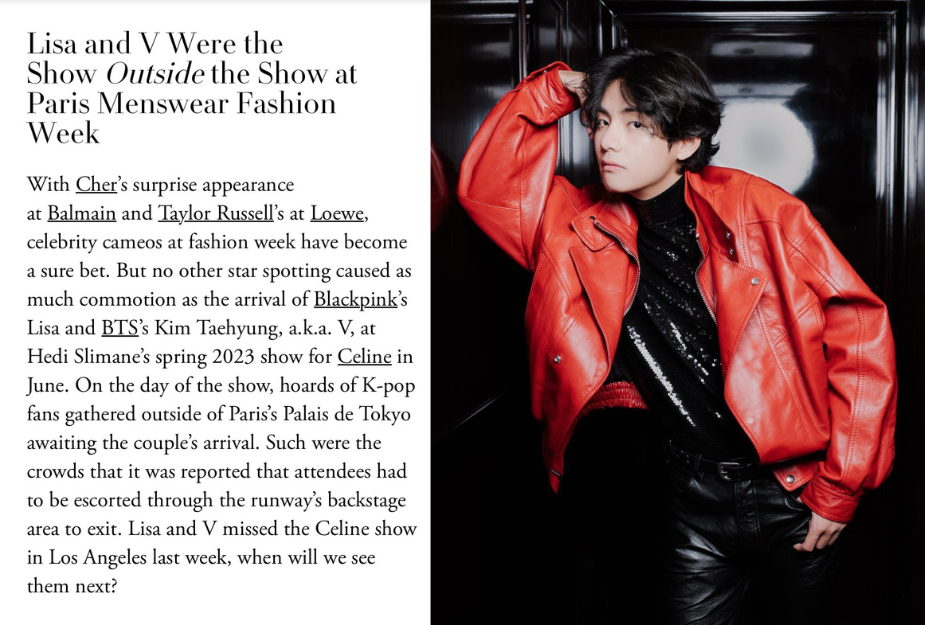 Taehyung only attended Celine’s Spring 2023 show as Hedi’s personal guest, but he drew an unprecedented crowd that stunned the fashion world. French media reported that it was the first time they had seen such a large crowd at a fashion event. 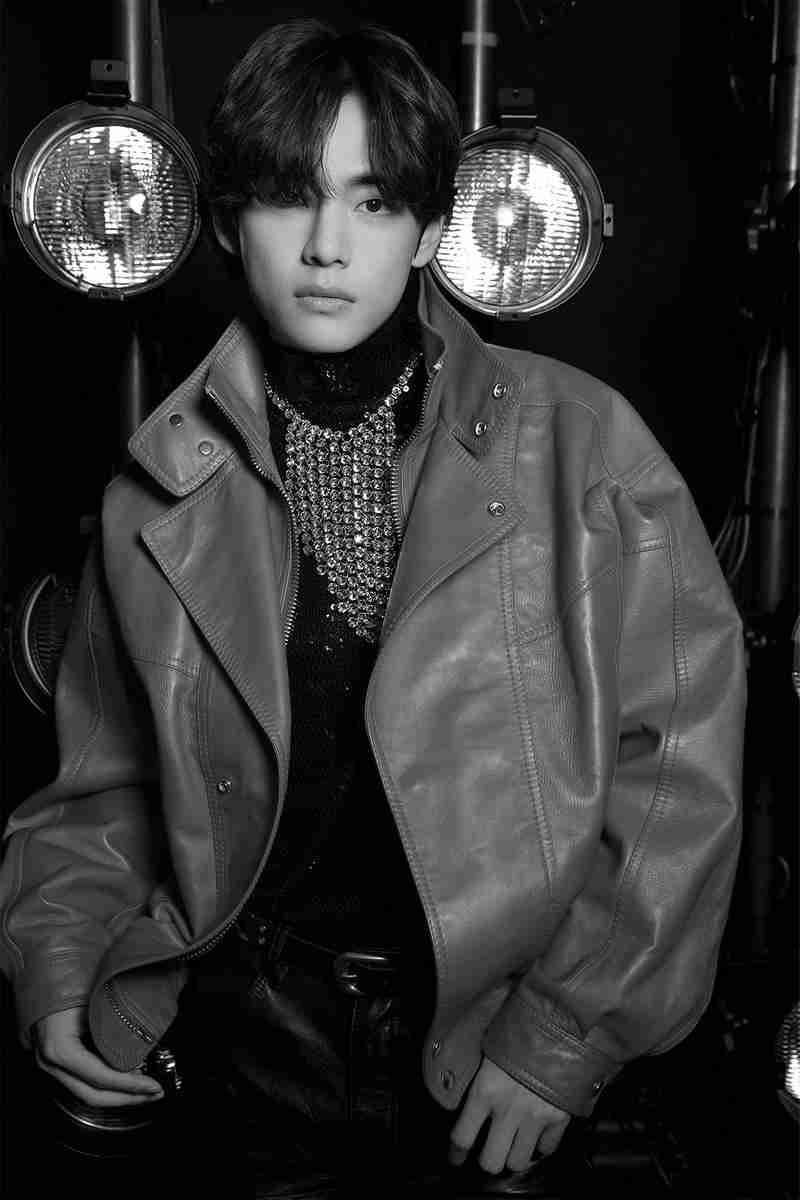 Multiple media outlets covered the event and how V drew one of the largest crowds ever.

BTS’ Kim Taehyung is the only male artist in The Impression’s list of Most Bankable and Influential Stars of 2022. 🔥 pic.twitter.com/Z8il3AidIU

But that’s not the only V moment in 2022 that’s been noticed! Remember when BTS performed at the GRAMMYs with “Butter”?

I’m sure you know what time we’re talking about. Well, both MTV and the BBC have picked V and Olivia Rodrigo’s interaction as one of their “Top Pop Culture Moments of 2022” and one of their “Top Five Standout Moments.” 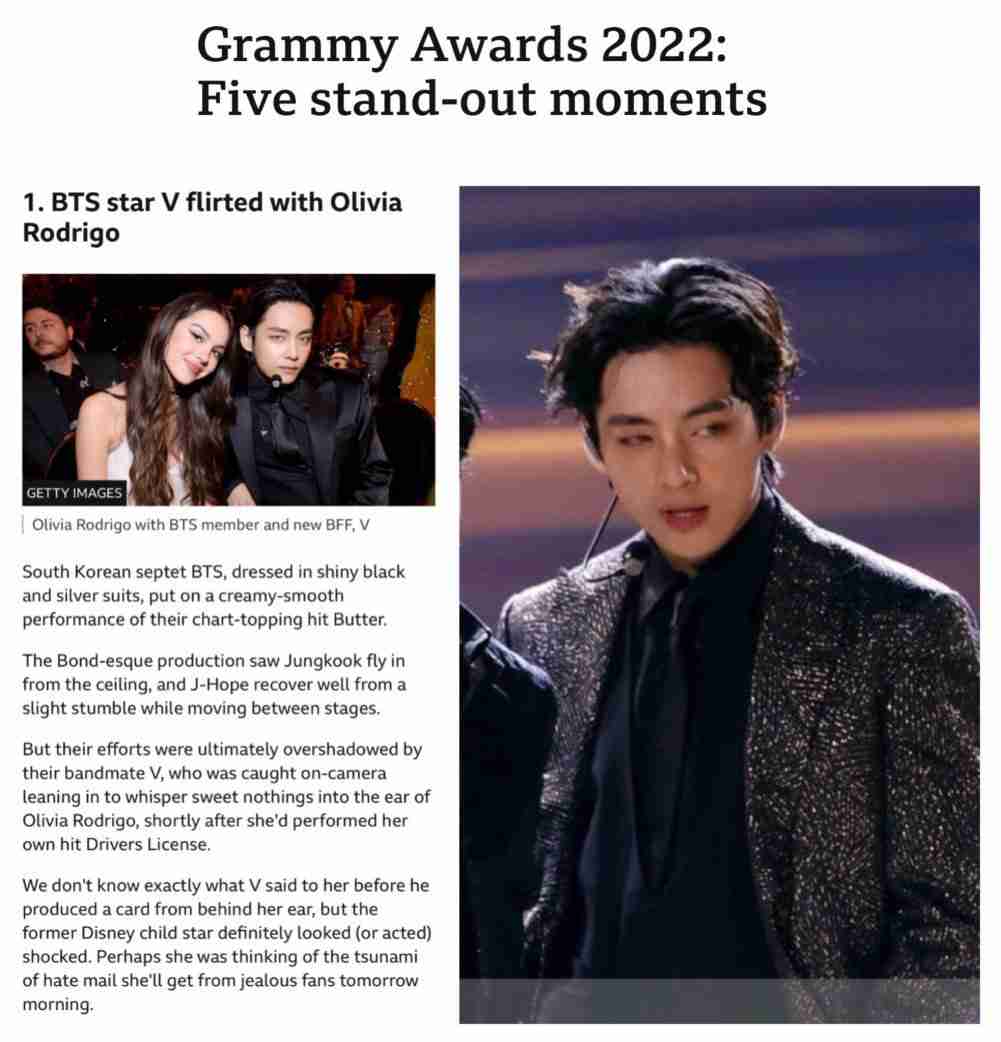 Specifically, it was the scene where Taehyung turns into a spy and “seduces” Olivia as part of the skit for her performance of “Butter.”

Of course, V is recognized everywhere!