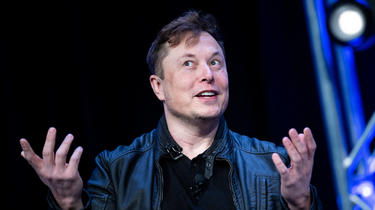 Billionaire Twitter owner Elon Musk announced on Saturday the creation of a “more expensive subscription without ads” on the social network.

Elon Musk has been hyperactive since taking over Twitter, multiplying innovations to make his mark on the social network. This Saturday, in a series of tweets, the billionaire announced the forthcoming creation of a “more expensive subscription that will no longer allow ads.”

The new zero-ads subscription would be part of a broader strategy to overhaul the way advertising is presented on the social network. “Ads are too common and too big on Twitter. We are taking steps to address both of these issues in the coming weeks,” he said.

This announcement follows the creation of a first type of paid subscription in December, «Twitter blue»which in particular allows to acquire the famous account certification badge.

Since the takeover by Elon Musk at the end of October, the social network has faced major economic difficulties. The company initially laid off around half of its 7,500 employees.

In late December, the man who also runs Tesla and SpaceX had estimated that Twitter could generate around $3 billion in revenue this year, down 41 percent from 2021.

Indeed, Elon Musk’s numerous decisions have deterred a significant segment of key advertisers, who fear the return to the platform of individuals initially banned for making racist or conspiratorial comments.

See also  The Media Character: What score for Tous Inconnus on TF1?

To compensate for the advertisers’ flight, the multi-billionaire, who said he had to “save like crazy on costs” to avoid a payment freeze, is banking on his new subscription formulas.

On Wednesday, the company also held an auction offering no fewer than 631 lots of furniture and decorative items, including a giant light installation depicting the famous blue bird that sold for $40,000.

Used to sensationalist statements on his platform, Elon Musk announced in December that he would step down as CEO as soon as he “found someone stupid enough to do the job”. A few days earlier, he had started a survey that showed that 57% of the approximately 17 million participating users spoke in favor of his departure.