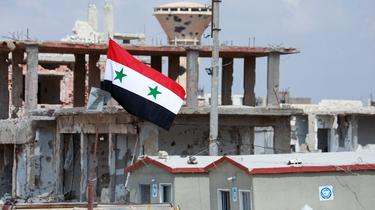 Trial of Jonathan Geffroy: The former Toulouse jihadist sentenced to 18 years in prison

Trial of Jonathan Geffroy: The former Toulouse jihadist sentenced to 18 years in prison

Toulouse ex-jihadist Jonathan Geffroy, 40, was sentenced to 18 years in prison on Monday January 23.

The special jury in Paris is this Monday, the 23rd. They sentenced the Toulouse ex-jihadist Jonathan Geffroy to eighteen years in prison for criminal association with terrorists. This sentence is accompanied by a two-thirds safety margin.

This former Daesh fighter, who lived in the Iraqi-Syrian zone from February 2015 to February 2017, presented himself as a repentant jihadist. However, he failed to convince the Pnat’s General Counsel, who described him as an “opportunist” who “fully supports the fight against ISIS, including the attacks in Europe”.

Jonathan Geffroy, 40, has fully resumed his career when he is questioned on Friday. “When I arrive in Syria, I’m proud to be there,” he said. We’re building a world, we’re building a bubble. I had put the Islamic State on a pedestal because they had conquered a lot of territory. This dimension of power has nurtured me.”

He said he was “completely under the influence” of the terrorist organization at the time. “I was proud to have guns. I feel good, I meet people from all over the world who think like me. I’m in a total utopia.

Jonathan Geffroy claimed to have changed his mind since July 14, 2016, during the Nice attack. “In that moment, I realize who they are. Today I deconstructed it all, he assured the court. And to be honest, although I left wanting to help the Syrians oppressed by Bashar al-Assad, I actually never helped them.

His cooperation with the authorities was minimized

In order to defend their client, the defense lawyers this Monday emphasized his cooperation with the French authorities since November 2016. It was specifically about revelations made to investigators at the Directorate General for Internal Security (DGSI) following his arrest in Turkey in 2017.

However, the Pnat’s general counsel has downplayed their weight, insisting that “his statements were never corroborated by any facts”. “No case has been solved thanks to Jonathan Geffroy,” she stressed. What he said (to investigators) has no consistency and has sometimes been found to be misleading.” 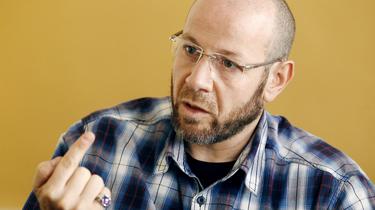 If she went after the demands of the Pnat regarding the ex-jihadist, the Paris Special Court was more lenient towards his wife Latifa Chadli, who appeared free. She was sentenced to five years in prison, three of which were suspended, although prosecutors had requested seven years. She will not return behind bars as she has already served two years in custody.

Jonathan Geffroy’s mother, Denise P., was also on trial for financing a terrorist enterprise. He was accused of sending his son more than 18,000 euros while he was in the Iraqi-Syrian zone. The Pnat had applied for three years in prison, with 12 months suspended, but she was eventually sentenced to three years suspended.