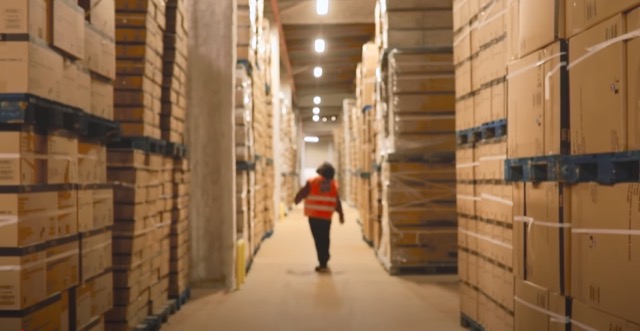 YouTuber Arkéotoys has unearthed an incredible toy collection from the 1980s and 1990s, carefully preserved in a Hasbro warehouse. He made an exciting video out of it.

An Alibaba cave and a collector’s dream come true. Romain Cheval, better known as Arkéotoys on Youtube, had the unique opportunity to delve into the archives of a major toy manufacturer, Hasbro, kept in Creutzwald in eastern France.

The YouTuber dedicated a 52-minute video to this rather unique discovery, while his team of enthusiasts from the Toygame.fr collective could delve with him into the contents of dozens of mysterious boxes.

Poorly referenced, never opened, stored 9 meters off the ground and absolutely everything had to be inventoried at the risk of everything ending up in the trash due to lack of space. You should know that manufacturers have a simple legal obligation to keep a copy of each toy for ten years. In addition, there are few who do not get rid of it.

But in this case they were rather “forgotten” and probably saved because computerization did not exist then. To name it all, the idea of ​​entrusting this mission to Arkéotoys and his friends, specialists in “toy culture”, therefore seemed appropriate.

On site, under the guidance of Hasbro employees, they were able to discover mountains of prestigious licenses. Star Wars, My Little Pony, Monopoly, Jurassic Park, Terminator, Vectrex… Some boxes have been sleeping for more than 40 years, still sealed but under a nice layer of dust. 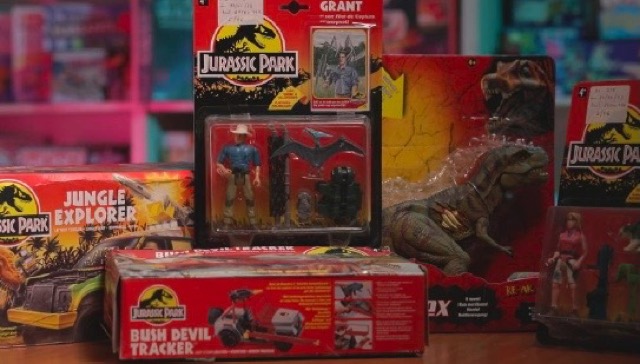 To achieve this improbable result, it all began, as so often, with a meeting. During the last Japan Expo, Romain Cheval met Pierre François, known as PF, Marketing Director at Hasbro, who has worked for the toymaker for 25 years. Very attached to the world of toys and determined to save the most beautiful pieces, he decided to entrust this delicate mission to these specialists.

See also  Bruno Le Maire: "We are on the right track to avoid blackouts this winter"

Above all, a heritage destination

Each member of the elite team was then able to contribute their knowledge on site in order to identify the references with pinpoint accuracy, because the company was also patrimonial. The National Toy Museum of Moirans-en-Montagne (Jura) was therefore involved very early in the process through Mélanie Bessard, its director.

Finally, the most beautiful pieces in the museum’s reserves are brought together to create temporary thematic exhibitions. They are sure to light up the eyes of 40 year olds who grew up in the 1980s and 1990s.