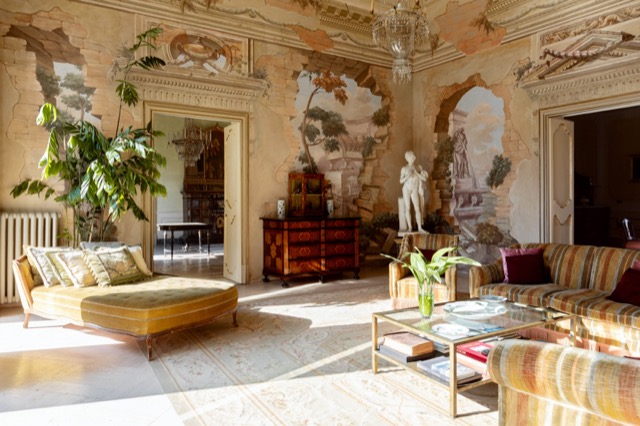 The White Lotus: The Italian Villa Season 2 is available to rent on AirBnb

The White Lotus: The Italian Villa Season 2 is available to rent on AirBnb

Filming location for scenes from season 2 of “The White Lotus”, Villa Tasca, Sicily, can be rented.

Movie sets attract more and more travelers. One of them, immortalized in Season 2 of the phenomenal series The White Lotus, is available for rent. This is the Tasca villa in Palermo, Sicily, where Harper and Daphne escape for a few days in this second season.

Available on the AirBnb platform, it is possible to stay there for a minimum of three nights all year round. Fans of the series — winners of ten Emmy Awards, whose second installment won the Golden Globe for Best Miniseries on January 11 — can discover the rich paintings that adorn the walls of the house. Paintings that are anything but anecdotal as they served as a source of inspiration for the creation of the second season’s credits.

Location and source of inspiration

“The opening images of the series (…) come from the frescoes of our historic house, made in the second half of the 18th century by Neapolitan workers according to a project by the architect Andrea Gigante,” we learn in particular in an Instagram post from the place.

Travelers can also take a dip in the property’s swimming pool, which is also immortalized on the screen. The site can accommodate up to eight people. The latter can contribute to the accommodation costs, since a stay at Villa Tasca is subject to a charge.

It costs 5,500 euros per night. Enough to slip into the shoes of the White Lotus’ wealthy clients.

See also  Covid-19: Laboratories will no longer give feedback from Monday
Share