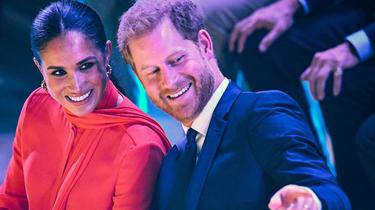 “The Substitute”: In his memoir, Prince Harry tells of the day Kate made Meghan cry

“The Substitute”: In his memoir, Prince Harry tells of the day Kate made Meghan cry

In his memoir titled The Substitute, published on January 10, Prince Harry shared the content of messages exchanged between Meghan Markle, his wife, and Kate Middleton, his sister-in-law, to explain, that contrary to a persistent rumor, it was Kate who once made Meghan cry, not the other way around.

The disagreement had taken on the appearance of a state affair. In his memoir, up for sale this Tuesday, Prince Harry returns to an event that has drawn much attention to the tabloids. The story of a disagreement over a dress between his wife and sister-in-law.

The text message discussion took place in 2018 and Prince Harry decided to report its content to prove that it was indeed Meghan who burst into tears that day and not Kate Middleton as had been reported in the press.

It all started with a message from Kate complaining about the fit of her daughter Charlotte’s dress for Meghan and Harry’s wedding. Harry reports that Kate wrote: “Charlotte’s dress is too big, too long, too baggy. She cried when she tried it on at home.

Harry points out that Kate chose to send this message at a particularly difficult time for Meghan, who was leading the preparations for their marriage at the time, but also to face the controversy surrounding her father , who had just offered himself for a fake “Paparazzade”.

Prince Harry says Meghan replied: “I told you the tailor has been there since 8am. Here. At the CP [Kensington Palace]. Can you take Charlotte to make it change like other moms do?

Kate then reportedly retorted that on the advice of her own wedding planner, all of the bridesmaids’ dresses planned for the ceremony needed to be redone, rather than just adjusting Charlotte’s.

A comment that Meghan stressed literally left in tears on the living room floor four days before their wedding, Harry says. However, Kate will eventually accept the tailor’s intervention on Charlotte’s dress and come the next day to apologize with a bouquet of flowers, Harry said, denying the persistent rumor that it was Meghan who made Kate cry.

According to the Duke of Sussex, the Princess of Wales generally had “problems with the way Meg had organized their marriage” and the two women had exchanged views on the subject on a number of occasions.

“Did you make Kate cry?” Oprah Winfrey asked Meghan Markle in an interview that aired on CBS in March 2021, to which the Duchess of Sussex replied, “No, the opposite happened.”