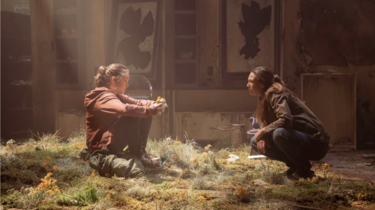 The Last of Us: What is FEDRA, the Federal Disaster Response Agency?

The Last of Us: What is FEDRA, the Federal Disaster Response Agency?

The first episode of The Last of Us introduced the main characters, whose adventures viewers will follow. As well as FEDRA, the Federal Disaster Response Agency, which administers the survivors of the epidemic with an iron fist.

The Power of Fear. In the first episode of The Last of Us, viewers learn how the 2003 epidemic manifested itself in Joel’s life. Twenty years later, humanity is on the brink of extinction, and the survivors have all been gathered in quarantine zones on the outskirts of major cities like Boston. These are led with an iron fist by FEDRA, the Federal Disaster Response Agency, which was the military response to the infection it was designed to contain at all costs.

FEDRA patrols the streets with armed soldiers on a mission to eliminate anyone who breaks the very strict rules set out to prevent infection inside the quarantine zone. Anyone who comes from outside will be tested and ruthlessly executed if they carry the virus. And the bodies are then cremated by citizens recruited by FEDRA. Those who break the rules are executed by hanging in a public place.

This totalitarian organization, which seeks by any means necessary to ensure the survival of mankind, is opposed by the Fireflies, a rebel organization that conducts armed operations to destabilize this authoritarian power, whose methods have nevertheless allowed people’s desires to be maintained. But at what cost? In the first episode, we understand that Ellie, who is contaminated but naturally immune, represents humanity’s only hope of finding a vaccine or cure for the virus. She still has to manage to stay alive. And it’s not FEDRA, according to their modus operandi, which would execute him on the spot, that will help him do it.