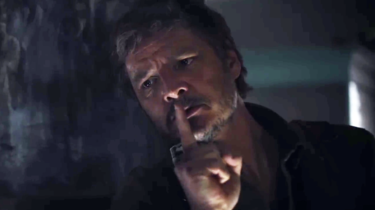 The Last of Us: What does the song at the end of episode 1 mean?

The Last of Us: What does the song at the end of episode 1 mean?

The series The Last Of Us lived up to its promise with a particularly intense first introductory episode that ended with the Depeche Mode track Never Let Me Down Again. But what does that mean exactly? Co-showrunner Craig Mazin has the answer.

Music that sticks in your head. In the first episode of “The Last Of Us” viewers experience the meeting of the two main characters Joel and Ellie. When their paths cross, Joel is a skilled smuggler (and drug dealer) whose reputation is second to none. Ellie is a spirited teenager who holds a special meaning in the eyes of the Fireflies, a rebel organization trying to overthrow the FEDRA (Federal Disaster Response Agency) military order.

Before sneaking out of Boston’s quarantine zone, Joel brings Ellie home while he waits to leave in the middle of the night. There, the young girl discovers the code Joel uses in his radio communications with Bill and Frank. A 1960s song means they didn’t get any new goods, a 1970s song means they have some, and she finds out that a 1980s song means there’s a problem. And right on the image of the radio lighting up and the Depeche Mode track, “Never Let Me Down Again,” the episode ends.

Don’t let her down

What does that mean ? As a guest on HBO’s podcast, the show’s co-showrunner, Craig Mazin, provided an illuminating response to the subject. “There’s a strong tradition of 1980s music in The Last of Us video games, and this decade means there’s going to be trouble. I love this idea because one of the things that Neil (Druckmann, the creator of the video games and co-showrunner on the series, ed.) did with Naughty Dog (name of the company that develops the video game, ed. Red.) is so great note) is to hurt yourself with the things you love and to take the things that are beautiful and optimistic and give them a darker tone,” he begins.

“A lot of songs from the 1980s are rhythmic and fun, but in this case I was looking for a song that’s upbeat but has some darkness in its lyrics. This song (Never Let Me Down Again) is about “taking a trip with my best friend” – he sings about drugs, it’s a song about addiction. Well, Ellie wants to go on a road trip with her best friend, but Joel is a dangerous man. Joel wants to go on a road trip with his best friend, but he doesn’t know yet that she is his best friend. She is a dangerous young girl. After the idea is in the lyrics when he says “You’ll never let me down?”. The thing is, they let each other down and then no, and they do it again, and then finally no. This play was interesting in that sense,” he continues.