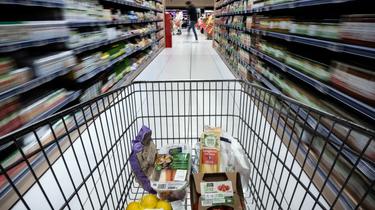 The government is working with supermarkets on an “anti-inflation” basket that will consist of about twenty consumer goods.

The executive hopes to relieve the French at this time of high inflation. According to our Parisian colleagues, the government is working with major retailers on an “anti-inflation basket” made up of around twenty consumer goods.

The Commerce Department pointed out that “one of the possibilities is to have a basket of basic needs of about twenty products that the big retailers would sell at almost cost.”

“The idea is to have a base of basic needs whose prices are as low as possible,” we explain from the ranks of Olivia Grégoire. “It goes from baby hygiene to adult hygiene, dairy products, fresh products, pasta…” specifies a ministerial source.

When it sees the light of day, the device will be applied to “about twenty references out of 20,000 to 30,000 references in stores”, which should not unduly weigh on the margins of the dealers, the ministry stresses.

This consideration comes at a time when traders are opposed to a bill proposed by a majority member in the National Assembly.

The text aims to rebalance annual trade negotiations between suppliers and traders, and has been accused by the latter of fueling inflation.

On Sunday morning, most major retail chains issued a joint press release denouncing a bill that would “dramatically and sustainably” fuel price increases.