BTS’ Suga was recently invited to the Los Angeles Lakers vs. Dallas Mavericks basketball game in Los Angeles, and as you’d expect, he was the real attraction of the day.

Great to have our friend SUGA in LA for NBA action last night! @BTS_twt #NBACelebRow pic.twitter.com/AsH2c5cl7S

yoongi’s reaction to the kid dancing to microphone drops pic.twitter.com/Qa7YTlO5Rz

And yes, the famous ‘Yoongi Marry Me’ has followed him so far!

He also caught the attention of Sidney Raz, a famous American TikToker.

Raz is best known for his informative yet funny TikToks, which often focus on life hacks he discovered in his 30s. He has attracted 3.9 million followers on the platform, backed by his Instagram followers of 874,000. 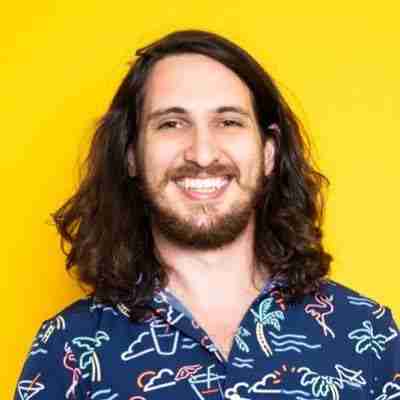 The tiktoker also shared that he was lucky enough to sit next to Suga! 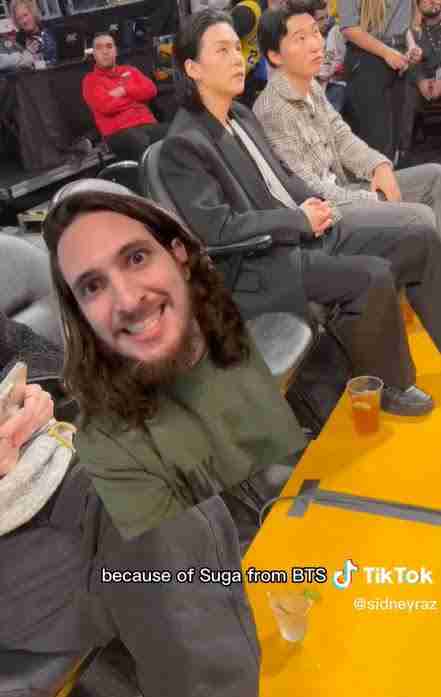 During the game, Raz shared that he even interacted with the BTS member while the two laughed at something, noting that Suga was very nice in real life. 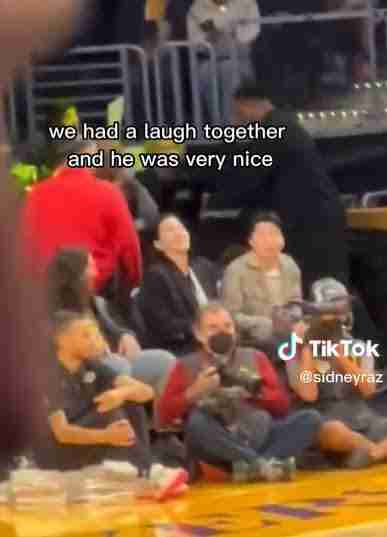 He has no idea how lucky he is!

so this is what happened #bts #suga #nba #lakers #yoongi