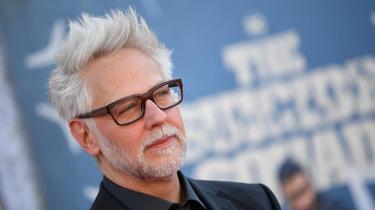 The Batman: Matt Reeves will meet James Gunn to discuss the future of the superhero

The Batman: Matt Reeves will meet James Gunn to discuss the future of the superhero

In an interview with US site Collider, Matt Reeves revealed he’s set to meet DC Studios’ new bosses James Gunn and Peter Safran soon to discuss the future of The Batman.

room for discussion. In an interview with the American site Collider to mark the 15th anniversary of the release of Cloverfield, Matt Reeves indicated that a meeting with James Gunn and Peter Safran will take place soon so that they can discuss the future of Cloverfield together. The Batman” – which will indeed have a sequel after its revelations – and how its treatment of the story of Batman, embodied on screen by Robert Pattinson, would fit into the 10-year development plan desired by the two strongmen at DC Studios.

“They’ve been great. (…) We’re only supposed to meet in the next few weeks because they want to talk to me about their global vision and they want a presentation of the ‘BatVerse’. We’ll meet to talk about it. Listen “You, I get excited when I hear what they’re going to do. The ‘BatVerse’ thing, as James and Peter said, is a separate thing that they let us do,” he explains.

Matt Reeves’ words are important as they could confirm James Gunn and Peter Safran’s desire to have him build his world around Batman, on the fringes of the vast DC Universe they intend to create. The two men were thus able to draw inspiration from DC Comics’ “Isleworlds” strategy, which allows comic book writers to create their own superhero stories in different time planes without a direct connection to the main narrative arc.

“I dreamed of the ideal way it would go and I’ll be talking to them about that in a couple of weeks. They’re going to tell me what they’re up to with their 10-year plan, at least what’s planned for the near future, so – it’s a bit like aviation – we’re sure we’re not pushing each other. We want to support each other. I’m super excited. I look forward to hearing what they have to say and looking forward to working with them. It’s going to be cool,” continues Matt Reeves.