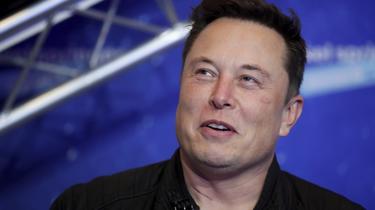 Billionaire Elon Musk is on trial in San Francisco Tuesday over a 2018 tweet about Tesla’s privatization that was labeled “false and misleading.”

After a failed attempt to delay his trial, Elon Musk faces trial Tuesday in a fraudulent tweet case about his company Tesla. The case dates back to 2018, when the billionaire claimed on the social network that he had sufficient funds to delist Tesla by taking the company private for $420 a share. A statement that caused the share price to fluctuate sharply for a few days.

Shareholders then filed a lawsuit against Elon Musk for “artificially manipulating the price of Tesla stock to completely ruin investors” who were betting on the price drop. The SEC, the federal regulator for financial markets, also filed a lawsuit at the time, saying Elon Musk failed to provide evidence of his funding. The entrepreneur was then forced to leave Tesla’s board of directors and pay a $20 million fine.

This lawsuit, therefore, seeks to determine whether Elon Musk’s tweet actually impacted Tesla’s stock price, whether the company’s board of directors should be held accountable, or whether investors are entitled to compensation.

Trying to move the trial to Texas

Elon Musk has also tried to move that lawsuit to Texas, where Tesla is now headquartered, arguing that he will not have a fair trial in California, where he bought social network Twitter. A retraction drew a lot of criticism, especially after her decision to restore accounts banned from the platform. Elon Musk’s lawyers have notably pointed the finger at local California media, which they allege has been biased in their treatment of information about him and therefore engaged in “demonstrations against him.” Elon Musk’s lawyers have also claimed that the jury may be biased towards the businessman due to recent layoffs at his companies.

However, Judge Edward Chen denied the billionaire’s request, saying he also had “many fans” in California and the trial would be held in San Francisco with the appointment of a jury, as agreed. Lawyers for Tesla shareholders also estimated that of the 200 potential jurors, only two or three said they knew someone who worked for Twitter, according to Insider.