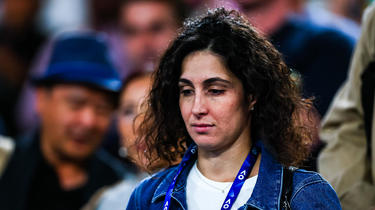 Tennis: Rafael Nadal back at Roland-Garros?

Tennis: Rafael Nadal back at Roland-Garros?

Rafael Nadal was hit in the hip during his exit from the Australian Open on Wednesday and could be back in late March, early April to start his preparation for Roland-Garros.

Rafael Nadal announced on Thursday that the injury he sustained during his Australian Open second round match the day before will require six to eight weeks of recovery.

“I had medical tests yesterday (Wednesday) after my defeat,” the Spaniard wrote on Twitter. MRI showed a second degree lesion of the iliopsoas muscle of the left leg. I’m going to rest now and do anti-inflammatory therapy. Normal recovery time is 6 to 8 weeks.”

Defending champion in Melbourne, “Rafa” still wanted to finish his lost match against American Mackenzie McDonald (6:4, 6:4, 7:5) despite pain “in the left hip”, which prevented “playing backhand and running”, that’s his confession.

Good afternoon. I had a medical check-up after yesterday’s defeat. MRI shows a grade 2 lesion in the iliacus psoas of his left leg. Now it’s time for sports rest and anti-inflammatory physiotherapy. Normal recovery time 6 to 8 weeks. pic.twitter.com/xwcKSyTzhp

This absence could affect his participation in the American spring tour with the Masters 1000 in Indian Wells (March 8-19) and Miami (March 22-April 2). With that, he could return to prepare for the clay-court season and his big goal of the year, Roland-Garros

Especially since the Mallorcan is nearing the end of his career at 36 years old and with a slightly weakening body. Even if he has not commented on the subject.