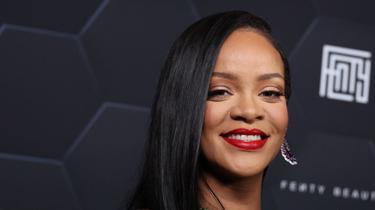 The NFL and Apple Music just released the trailer for Rihanna’s Super Bowl halftime show – the final of the American Football Championship – which will take place on February 12 in the city of Glendale, Arizona. A performance awaited worldwide.

Silence. In a 30-second trailer released by the NFL and Apple Music, Rihanna seems to have hit critics with her scheduled appearance at the Super Bowl halftime show — the championship game — to be held on February 12 in the town of Glendale, Arizona , to silence .

“It’s been six years since the 9 Grammy Awards winner released her last album,” “Riri, where have you been?” we hear from the off, before Rihanna steps in front of the camera and puts her finger in front of his mouth, as if he wanted to ask the audience to be quiet. A reference to the fact that she hasn’t released an album since 2016 and hasn’t been on a stage since the 2018 Grammy Awards.

Last September, Rihanna was announced as the artist who would perform the Super Bowl halftime show, one of the biggest television shows in the world, watched by more than 120 million viewers last year. The biggest names in music have performed there in recent years, including Michael Jackson, The Weeknd, Jennifer Lopez, Shakira, Beyoncé, Justin Timberlake, Lady Gaga, Katy Perry, Bruno Mars, Prince and Madonna.

“Rihanna is a generational talent, a woman from humble beginnings who has exceeded expectations at every moment of her career. A person born on the small island of Barbados who has become one of the greatest artists in history. Self-taught in business and entertainment,” said Jay-Z, whose company Roc Nation will produce the singer’s show next September.