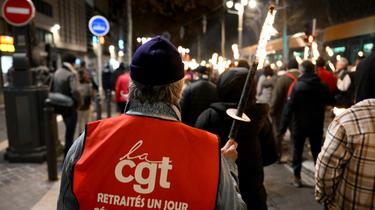 This Wednesday, January 18, EDF agents in the dams implemented the first power generation cuts related to the anti-pension reform movement.

The social struggle has already begun. On the eve of the anti-pension reform mobilization, EDF officials rolled out the first power generation cuts in the levees on Wednesday. An action that caused the loss of the equivalent of a nuclear reactor on the grid without causing blackouts.

“At this point there are already production cuts in hydraulics,” Fabrice Coudour, federal secretary of the FNME-CGT, told AFP, noting that “it puts tension on the network but has no impact on the user,” which of the manager of the high-voltage lines RTE was confirmed.

EDF confirmed this production drop in an informational message on its website: “Available power loss during operation of the EDF hydraulic park: 1,210 MW. This unavailability is related to the current social movement”.

According to Fabrice Coudour, the dams at Cheylas (Isère), Pied-de-Borne (Lozère) or Salelles (Ardèche) were particularly affected by these falls in production.

In the event of imminent outages, RTE may need to ask operators to halt production cuts, as has been the case in the past.

“We don’t do that there because we can compensate for it with our production resources, so there is no impairment of the security of the power supply,” confirms RTE.