Stray Kids’ Bang Chan, in particular, stood out because he once again showed how caring he is as a leader towards his members. 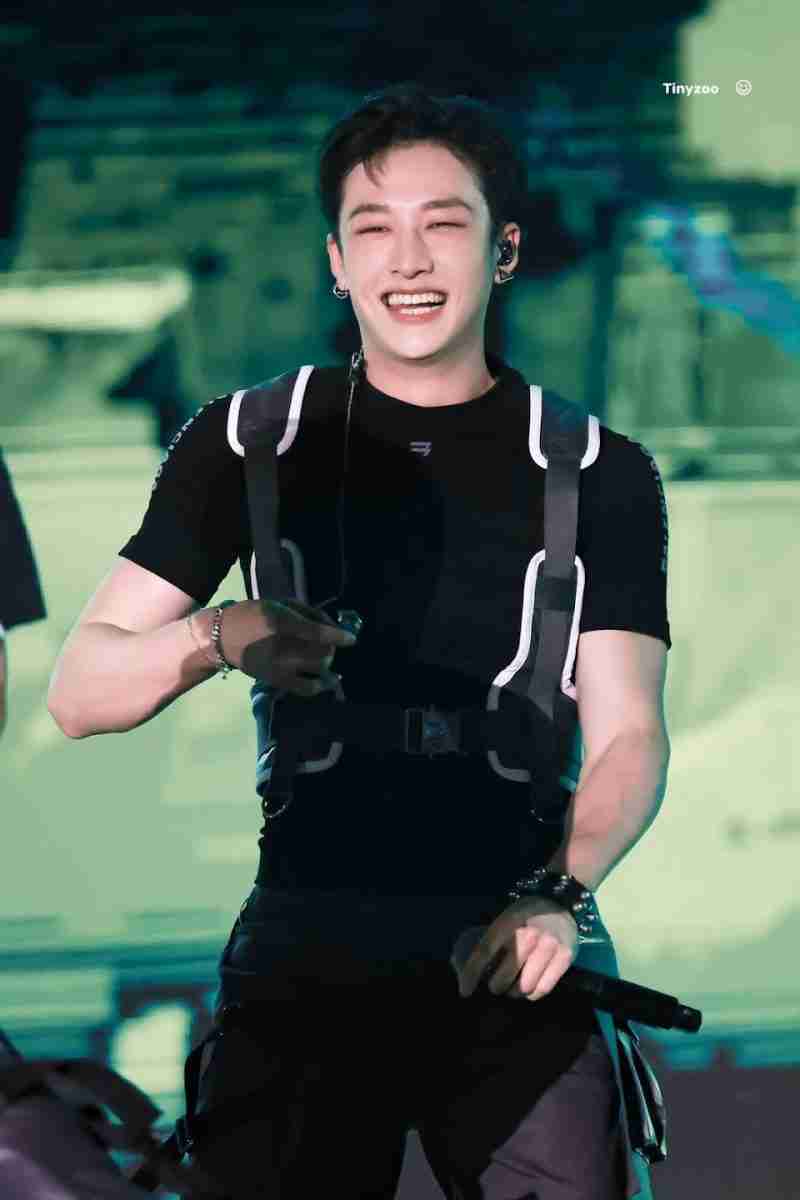 First, Bang Chan kept signaling the members to move closer to the back of the stage to avoid injury as the stage was wet and slippery due to rain.

in the beginning, bang chan kept signaling the kids to get closer to the back of the stage to avoid getting hurt as the stage was wet and slippery from the rain. Even during the performance, he just kept leading the kids… Bang Chan, best leader! pic.twitter.com/0A7r4fNTDd

He was also seen leading the other members and the latter followed him like ducks following their mother.

Chan is literally the mother duck with his little ducklings following him pic.twitter.com/Nman4BIjmO

That’s not all. We can see on the videos taken by the fans that the leader of Stray Kids is constantly checking if the other members are okay.

Once he even brought them water bottles.

As they accepted their award, IN, the group’s maknae spoke while Bang Chan looked on proudly, touching the fans.

watch bang chan smile very sweetly at jeongin after he finished his speech about our dear leader and his maknae🥺 pic.twitter.com/rkSjJLTSkl

When they saw how much Bang Chan cares about and is proud of the other members, the fans couldn’t help but melt.

We love to see this!