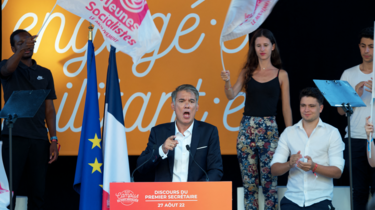 Socialist Party: Olivier Faure and Nicolas Mayer-Rossignol, 4 differences between the two candidates for the post of First Secretary

Socialist Party: Olivier Faure and Nicolas Mayer-Rossignol, 4 differences between the two candidates for the post of First Secretary

Outgoing First Secretary Olivier Faure this Thursday, January 19, is giving way to Nicolas Mayer-Rossignol as leader of the Socialist Party. In particular, the two candidates have different opinions on pension reform and the deal with NUPES.

A contrasting vision of the direction the party should take. Came to the top in the first round of the 80e PS Congress last Thursday with 49.15% of the vote, the outgoing First Secretary Olivier Faure faces Nicolas Mayer-Rossignol (attributed with 30.51% of the vote) as party leader this Thursday January 19th. The results will be announced during the PS Congress, which will be held in Marseille (Bouches-du-Rhône) from 27th to 29th January.

Called to vote between 5pm and 10pm, the 41,000 members of the PS must choose between two different visions of socialism, based on different internal organizational projects. After Hélène Geoffroy’s departure last Thursday, the last two candidates in the race take different positions on the agreement with NUPES and on pension reform.

The agreement with NUPES

Olivier Faure, accused of “wiping out the PS” by allying himself with La France insoumise in the general elections, defends himself by considering “if there hadn’t been a Nupes agreement, there wouldn’t have been a socialist group given in the Assembly, and there, it was the obliteration after a presidential election that was a historic failure.

The Mayor of Rouen (Seine-Maritime) Nicolas Mayer-Rossignol denounced it as “a lost electoral agreement” and assured that he did not want to leave the alliance but to change it so that the PS was “allied but not aligned”. She also assures in her orientation text that the agreement with NUPES “cannot be the permanent political framework for the unification of the entire left and environmentalists”.

Facing the government’s pension reform, Olivier Faure pledges to be “at the forefront” against a project he sees as “a huge step backwards”. So the elected representative of Seine-et-Marne calls for a return to retirement at 60, with a full rate after 43 annuities. 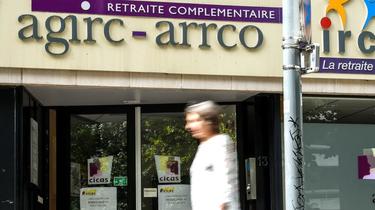 Nicolas Mayer-Rossignol does not share this opinion and explains that he advocates a departure “depending on the number of years of life in good health”. “Depending on your job, your need, at 60 you are not physically and mentally at the same level,” analyzes the latter in an interview with Franceinfo.

The program for the party

According to AFP, in the event of victory, Olivier Faure wants the PS to “redefine itself on important issues” by organizing “collective agreements open to civil society”. The member of the 11e The constituency of Seine-et-Marne wants to modernize the functioning of the PS, in particular to “organize the debate, organize the connection between local and national, between the elected representatives and the militants, organize our consultations”.

For his part, Nicolas Mayer-Rossignol is betting on many “re-foundations” of the party, like the text he has been carrying for several months. Specifically, he wants to organize “States-General of the Left” over a period of three years. This “great national debate” would bring together socialist activists and sympathizers, while potentially excluding members of the nupes. 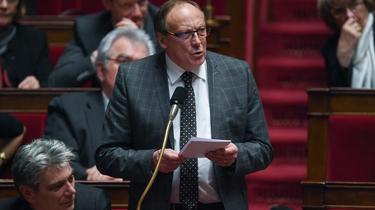 If successful, he plans to form a pair with a woman at the head of the PS and allow members to elect her through a referendum.

Hélène Geoffroy, who lost 20.34% of the votes in the first ballot last Thursday, chose to support Nicolas Mayer-Rossignol for the second ballot. The latter also received the support of 400 parliamentarians, mayors, local elected representatives and presidents of departments or regions.

Former President of the Republic François Hollande, President of Occitania Carole Delga and Mayor of Paris Anne Hidalgo are among the strong political figures behind the Normandy Regional Council candidacy. 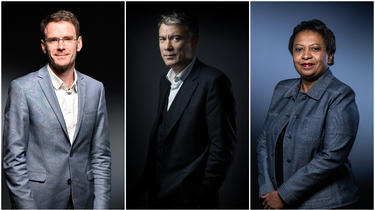 In a column signed in the JDD last week, 45 socialist parliamentarians pledged their support to Olivier Faure. Among strong supporters, he can count on Boris Vallaud, leader of the Socialist Group in the National Assembly, and Benoît Payan, mayor of Marseille.