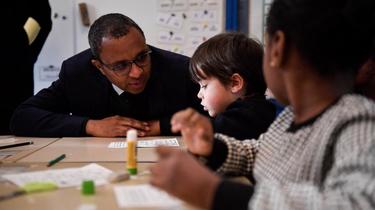 School: What will change at college starting next school year

School: What will change at college starting next school year

From the next school year, all 6th graders will receive an additional lesson of French or mathematics per week in order to improve the level of the students, which is generally considered to be too low.

It is a key idea of ​​the “new 6th” wanted by Pap Ndiaye. Following the announcements made by the Minister of Education last week and according to a circular published on Thursday 12 January, all 6th graders will benefit from one hour of support or deepening in math or French per week from the next school year starting in September. In fact, at the beginning of secondary school, one in four students does not have the required level in French and one in three in mathematics.

The implementation of this measure will not extend the timetable. It replaces the Tech Retreat in the 6the. However, the subject does not completely disappear from the university, as it is now increasingly being taught in the 5thein the 4the and 3e.

In concrete terms, the self-help groups are about students in greater difficulties. This new hour of weekly support is counted towards the 26 hours of compulsory instruction. Students are supervised by volunteer teachers who are used to teaching the basics.

The advanced course is offered for middle school students who are more comfortable. Here, the weekly lesson is taught by university teachers, be it spelling, vocabulary, reading, arithmetic or geometry. At the end of each semester, advanced students can change groups and move from support to further study, from French to math and vice versa.

See also  Death of Pelé: Platini, Mandela, Warhol... What they said about him

According to the ministry, a consultation with the entire 5th, 4th and 3rd grade education community will be launched in the coming weeks which may “concern the methods of assessment”.

Also, the circular on mastering basic knowledge published on Thursday makes recommendations for raising the level of elementary school students, especially in grades KM1 and KM2.

In order to strengthen the level of the students in French, Pap Ndiaye also expressed the desire for “regular practice of writing sentences and whole texts” from these two levels to “enable the students to express themselves fluently, grammatically correct and well-founded achieve controlled spelling”.

When the word “dictation” was not written in black and white, its recourse was strongly recommended by the minister. An idea that Jean-Michel Blanquer and Najat Vallaud-Belkacem had already put forward during their tenure.