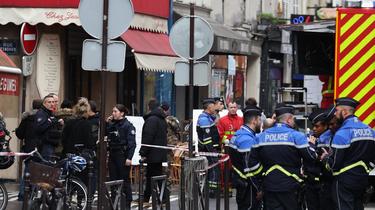 Saint-Nazaire: He utters racist slurs to agents who verbalize his car

Saint-Nazaire: He utters racist slurs to agents who verbalize his car

officers confronted. Last Friday, two people were arrested in Saint-Nazaire (Loire-Atlantique) after extensively insulting public surveillance officers (ASPV) with racist remarks. According to Actu.fr, agents were preparing to fine a vehicle when its owner arrived furious.

This 34-year-old man of Moroccan nationality allegedly attacked the agents, specifically by insulting one of them as a “dirty nigga”. A second person present, who according to Figaro was a minor, threatened them directly and promised to “catch” them and “cut their throats”.

Faced with threats from individuals and after one of them kicked one of the officers in the elbow, the officer called the city police to arrest them. They were taken into custody at the Saint-Nazaire police station.

The arrested minor, aged 17, will be summoned before the public prosecutor’s office in Toulouse, where he lives, according to Le Figaro. Until his summons, he was cared for by a reception center for minors in Nantes.

For his part, the 34-year-old was due to appear in court immediately on Tuesday. However, he asked for time to prepare his defense and the date of his verdict on charges of violence and contempt was therefore set for February 23. He was taken into custody.