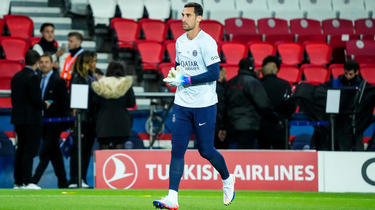 A high school student suspected of trying to rob the home of PSG goalkeeper Sergio Rico in November was arrested on Wednesday and is due to stand trial after a confession in May, according to JDD.

Police have found the suspect in the break-in at Sergio Rico’s home. And it’s a 17-year-old high school student. According to Le Journal du Dimanche, the young man was arrested this Wednesday at the exit of his vocational school in the 20th arrondissement of Paris. The criminal was found by investigators thanks to DNA left in the home of PSG’s Spanish goalkeeper, but also personal items forgotten on the spot.

On November 13, the student in Terminale had indeed left the premises in a hurry because of Sergio Rico’s return to his homeland after the capital club’s victory over Auxerre in Ligue 1 (5-0). If he had been interrupted by the Spanish bouncer in the middle of the burglary and had managed to escape despite Sergio Rico’s attempt to arrest him, he had left behind a backpack. Inside, the police found almost 35,000 euros in stolen goods, but also the cell phone of the young man who had filmed himself in action.

Already known to police, he was easily identified before he was arrested and taken into police custody on Wednesday. And during his hearing he would quickly confess. Brought before a judge from the Paris Youth Prosecutor’s Office that evening, he was released under judicial supervision. However, he is expected to face charges in a juvenile court next May.

See also  Koh Lanta: What are these allegations against Denis Brogniart?
Share