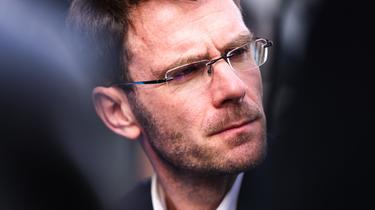 While outgoing First Secretary Olivier Faure was declared the winner of the PS Congress, his opponent Nicolas Mayer-Rossignol contested the result and denounced “irregularities” during the vote. Videos shared by Philippe Doucet, former Val d’Oise MP and member of the party’s National Council, are raising suspicions.

The Socialist Party in Crisis. As soon as the result of the PS Congress, which celebrated Olivier Faure’s victory, was announced, his opponent Nicolas Mayer-Rossignol and his supporters denounced “serious and obvious irregularities”.

In a press release, the Mayor of Rouen mentions in particular “expulsion of the voters from the polling stations, refusal to present identification documents, relocation of the ballot boxes to separate and closed rooms”. He disputed the result and therefore requested a meeting of the review committee.

On the first, in the Pierrefitte-sur-Seine section (Seine-Saint-Denis), we can see the police intervening. “I urge you to get out,” said one activist. And Philippe Doucet comments: “Democracy at the PS in Pierrefitte made in Stéphane Troussel”, President of the Departmental Council of Seine-Saint-Denis and support of Olivier Faure.

A second video, this time in the La Courneuve (Seine-Saint-Denis) section, shows activists locking themselves in a room with the ballot box. “You have no right to do that,” the filmmaker repeats several times. “You have absolutely no right to set up the ballot box and let people vote in a locked room (…), that’s a scandal,” she emphasizes. And further: “The ballot box has disappeared from the room, it is in a locked room that I cannot enter. That’s how it works in the Courneuve section for Olivier Faure”.

Even before the broadcast of these sequences and the announcement of the results, David Assouline, Senator from Paris and supporter of Nicolas Mayer-Rossignol, denounced on Twitter “massive irregularities” that “started since 5 p.m.”. “Our controllers tasked with monitoring are not allowed to enter the offices. Olivier Faure’s controllers are not members of the PS, they say they are members of the NUPES. Wrong polling station addresses…” he wrote last night.

Massive irregularities began at 5 p.m. Our controllers tasked with monitoring do not have access to the offices. The controllers of O.Faure are not members of the PS, they say they are members of the NUPES. Wrong polling station addresses… this needs to stop fast

No meeting of the Verification Committee has been announced until further notice. The outgoing PS leadership stressed they were meeting just before 5am in the presence of representatives from Nicolas Mayer-Rossignol, who “refused to examine the results”.

Accordingly, Olivier Faure was declared the winner with 50.83% of the votes, 393 votes more than his rival. 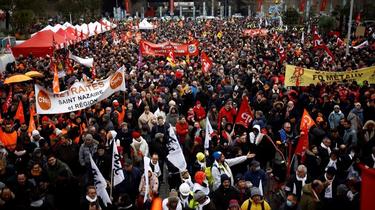