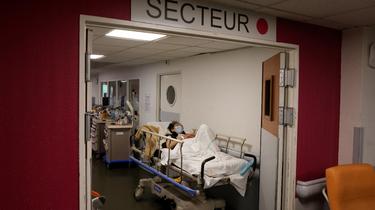 Pontoise: A young nurse’s testimony of her difficult working conditions

Pontoise: A young nurse’s testimony of her difficult working conditions

“We come to work with a lump in our stomachs”: this is the cry for help of a young nurse, already exhausted and tired of her job after spending a few months in the hospital in Pontoise in the Val de Oise (95 ). There, 90% of the emergency caregivers have been on sick leave since Monday, January 9th.

Overwhelming emergency rooms has already led to tragedy, according to this nurse who works at Pontoise hospital. When she assures that she will not change her profession, the latter testifies to the difficult working conditions that prevent her, her colleagues and her from taking care of her patients properly.

“Physically, morally, it’s horror on all counts. It’s been getting worse for a few years, and it’s gotten even worse for a few months. The emergency rooms and hospital beds are all occupied, the corridors and waiting rooms are full,” she testifies and explains that she comes to work with “the ball in her stomach”.

“We know there will be a lot of people and that we won’t be able to do our job the way we’d like to,” appreciates the overworked young woman, affirming that “it’s a daily survey”.

This flood of emergencies has already led to tragedy, as she explains: “I started my post at 7pm, I brought in a patient who had arrived a little earlier, between 1pm and 2pm. I install it around 8pm and half an hour later she was dead.

“The next day I didn’t feel like going to work. I said to myself: “I will arrive, I will have one more death”. A drama among others that, according to the supervisors, could have been avoided with more human and material resources. Together they demand the immediate activation of the white plan in their hospital.