BTS revealed a few months ago that they both have a friendship tattoo. Members have the number 7 tattooed which means to them and ARMYs in so many ways! 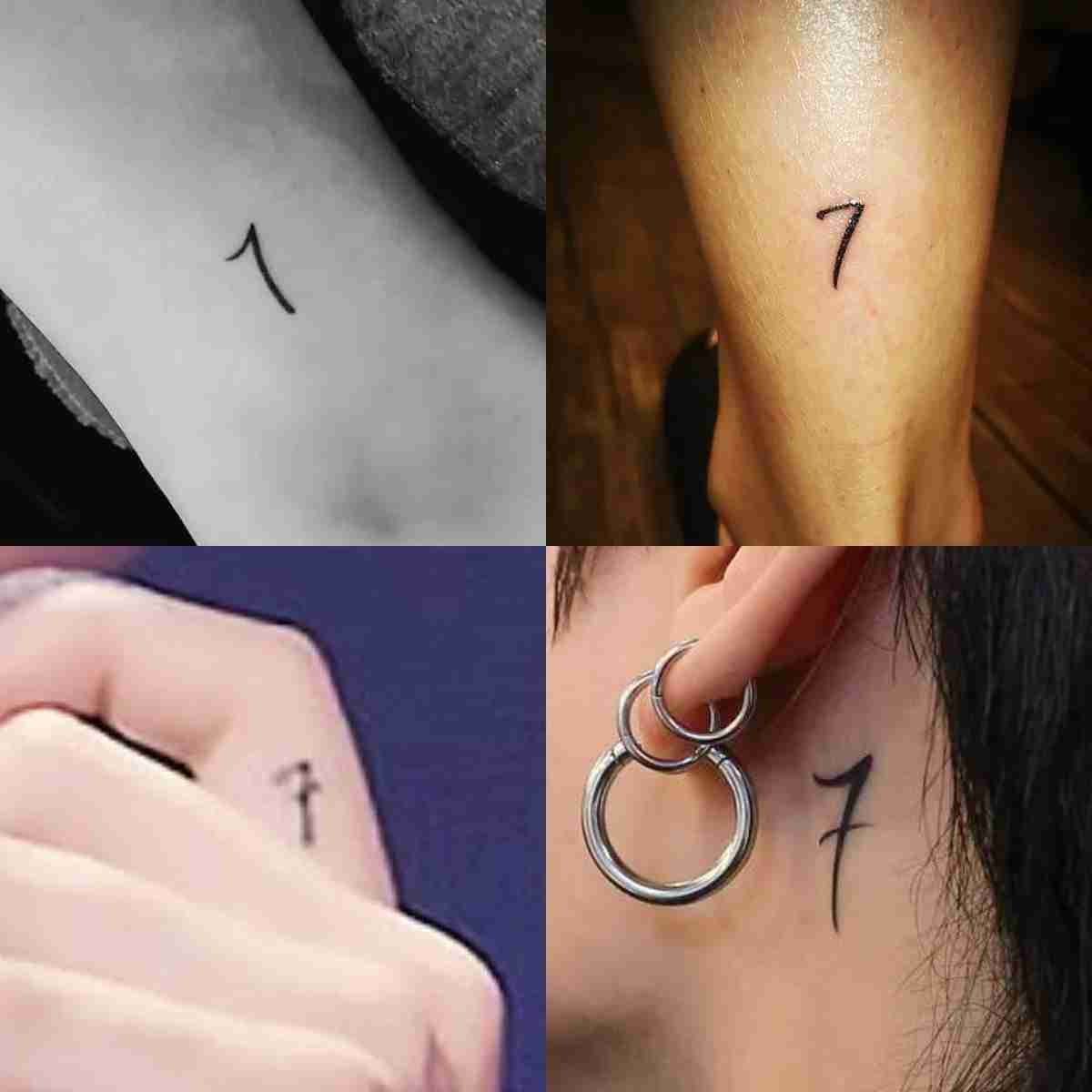 After RM, J-Hope, Jimin and Jungkook, it looks like Jin has finally managed to show off his friendship tattoo prominently on Instagram, where his bare back can be seen for the first time. 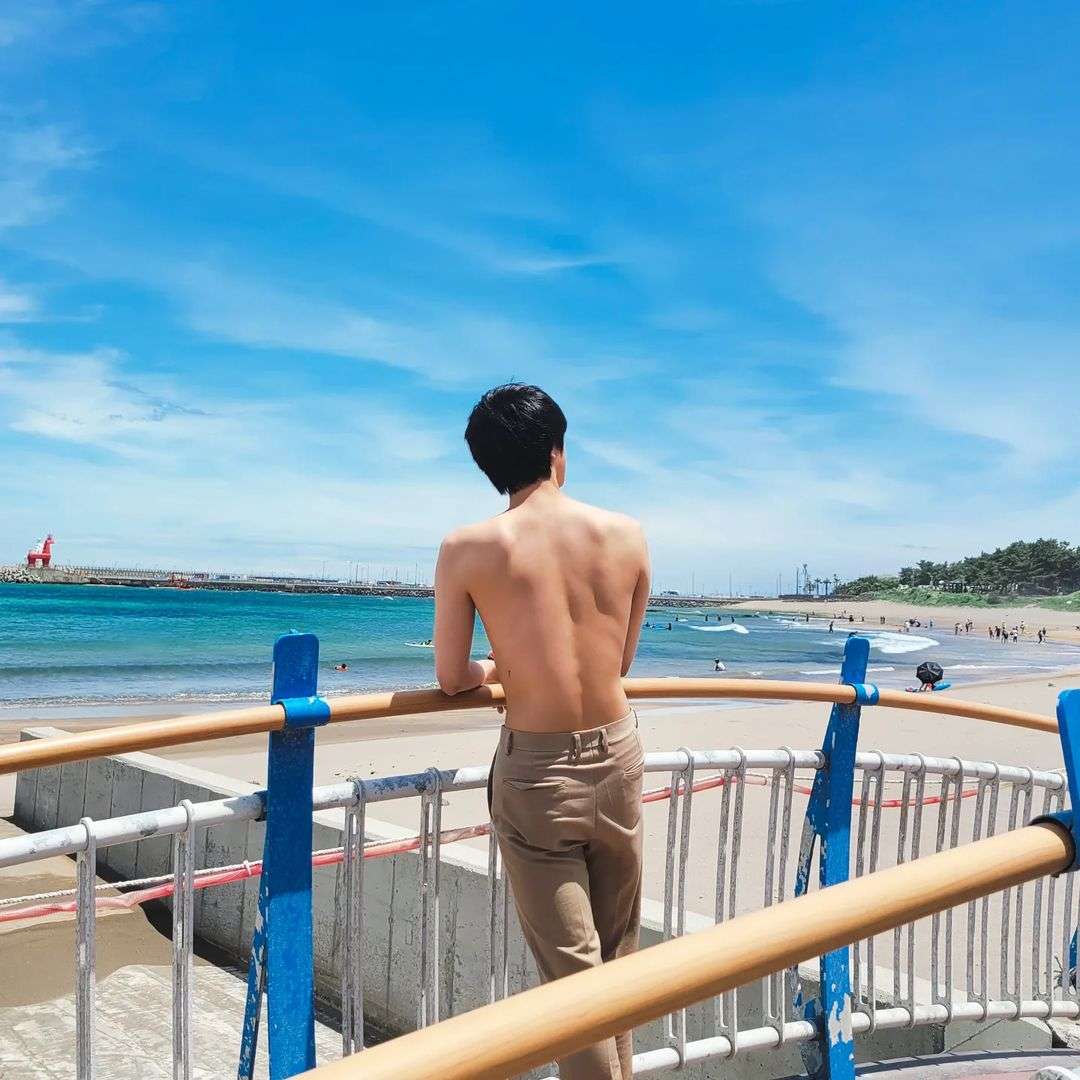 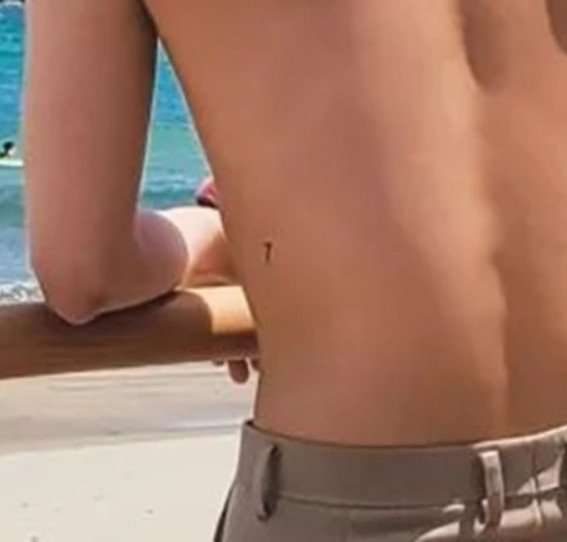 Jin revealed the location of his tattoo in June with a photo of himself shirtless on the beach with the caption, “I also show my friendship tattoo”which even caught the attention of J-Hope, Suga and RM. 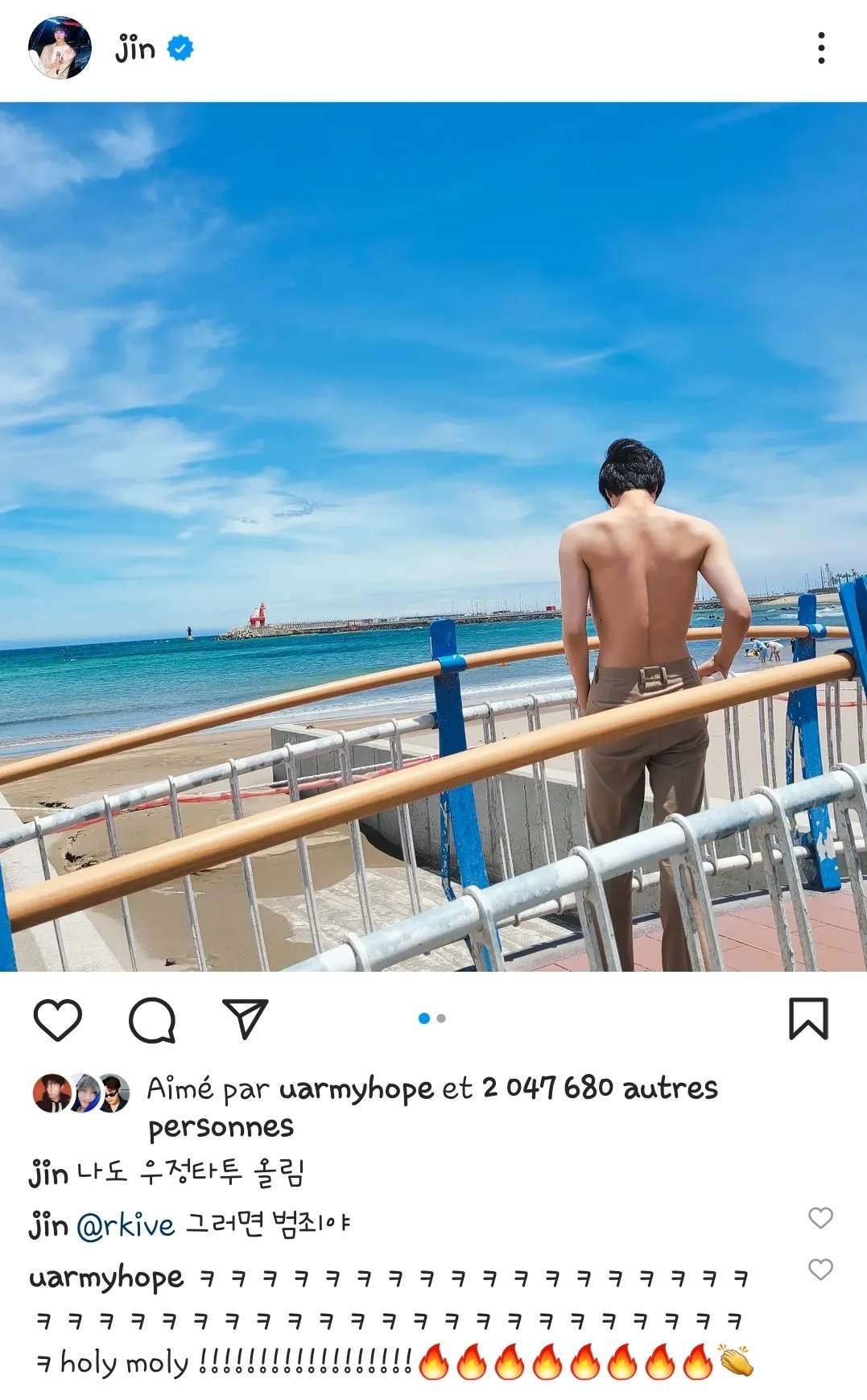 Recently, the tattoo artist who did the BTS members’ tattoos posted another shirtless photo of the singer.

As the star was driving fans around the world insane, he replied to a post on Weverse by an ARMY who wrote: ” I’m dead “ accompanied by several photos of the idol. 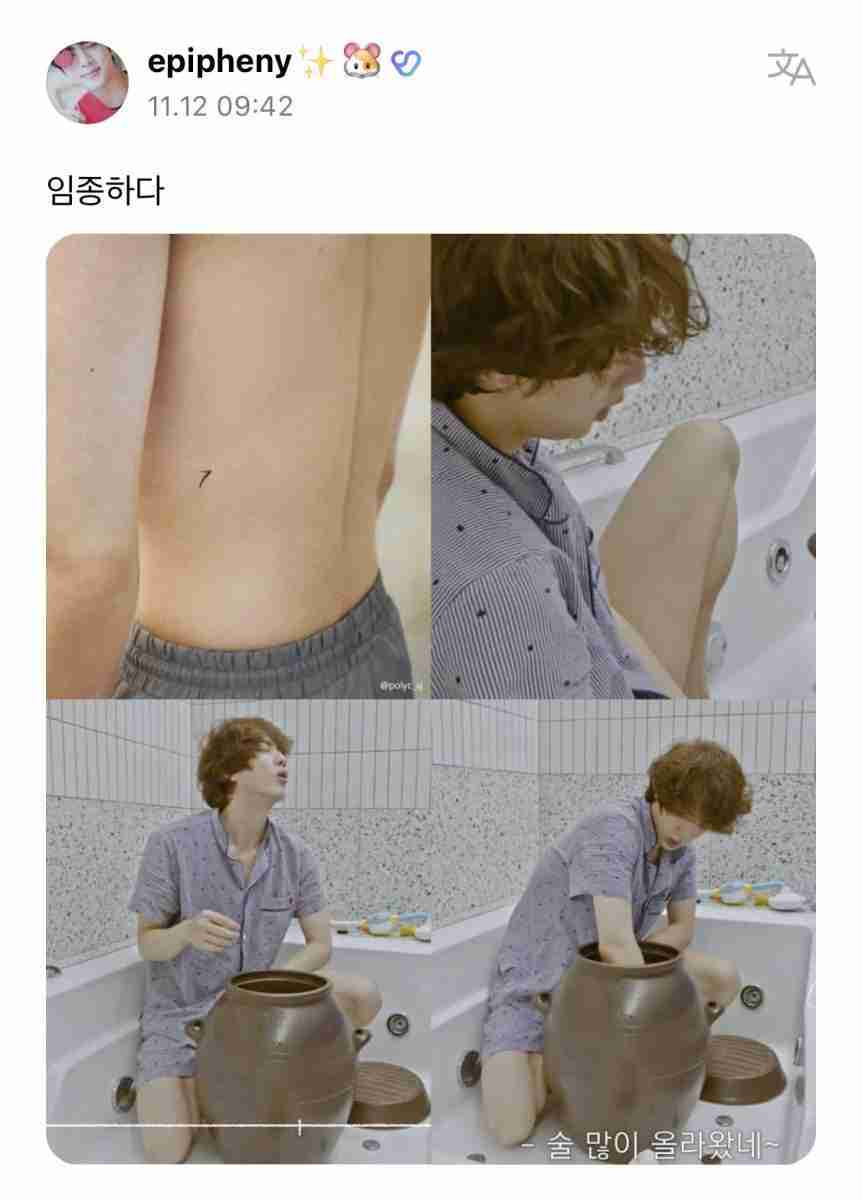 The other photos are from the two episodes of his YouTube show The Drunken Truth, in which he made Makgeolli, a traditional Korean rice wine, with his friend, celebrity chef Baek Jong Won, and liquor maker Park Rok Dam.

The video showed the complex process of making traditional Korean rice wine as Korean families have been doing for generations. Jin was fully involved in the process and was extra attentive.

After steaming, soaking, and mixing cooked rice with yeast, Jin and Park Rok Dam carefully placed the rice in a clay pot and covered it with a cloth and lid to allow the rice to ferment.

The rice was then taken to Jin’s house and placed in his bathtub. For his instructions, he was told to monitor the temperature of the rice throughout its fermentation process. 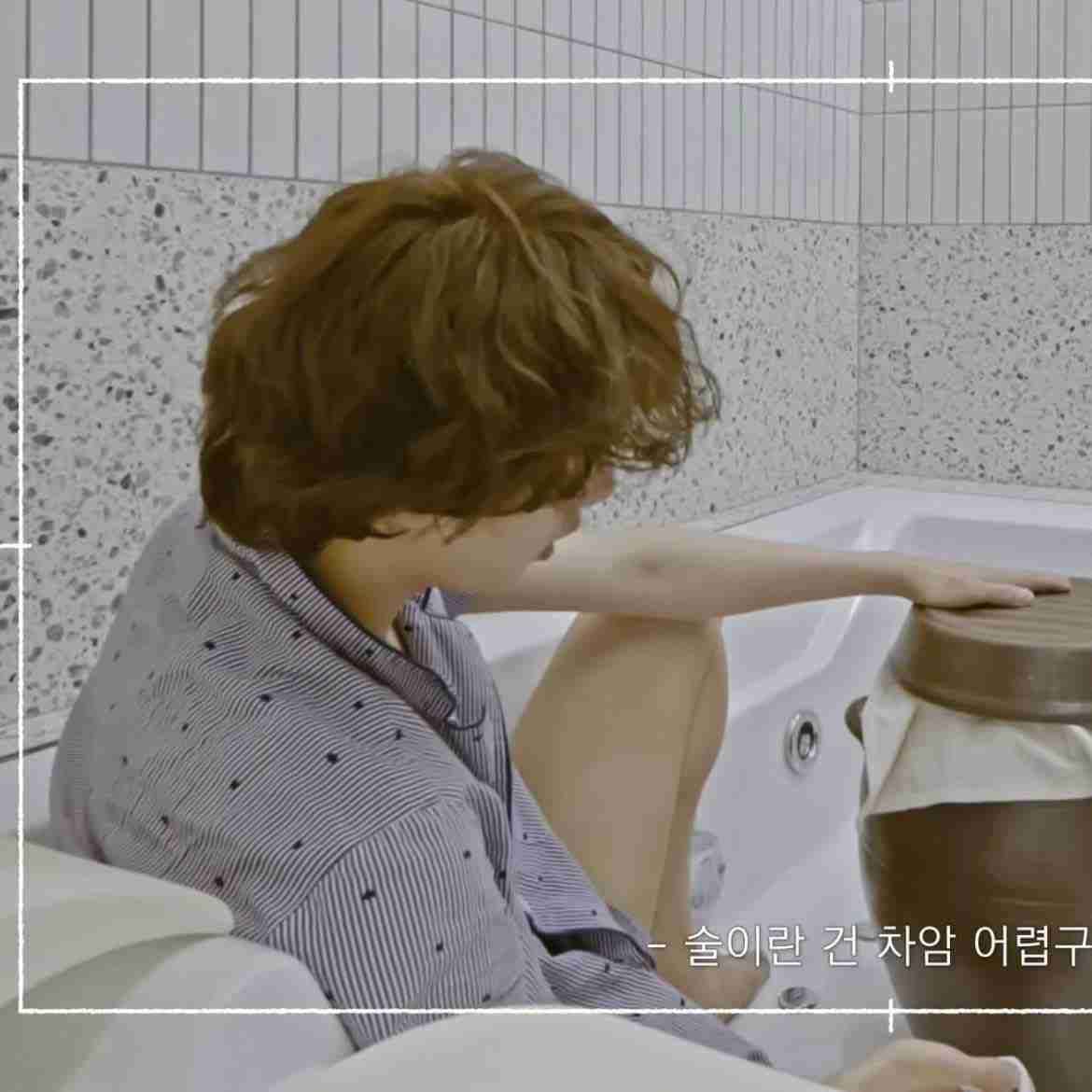 For several days, Jin checked the temperature and continued to keep the rice in his tub.
The BTS member wore matching pajamas with shorts and unexpectedly showed off his toned legs. Screenshots of those moments were posted along with the photo of his tattoo.

Jin replied: “Look me in the face, not that…” 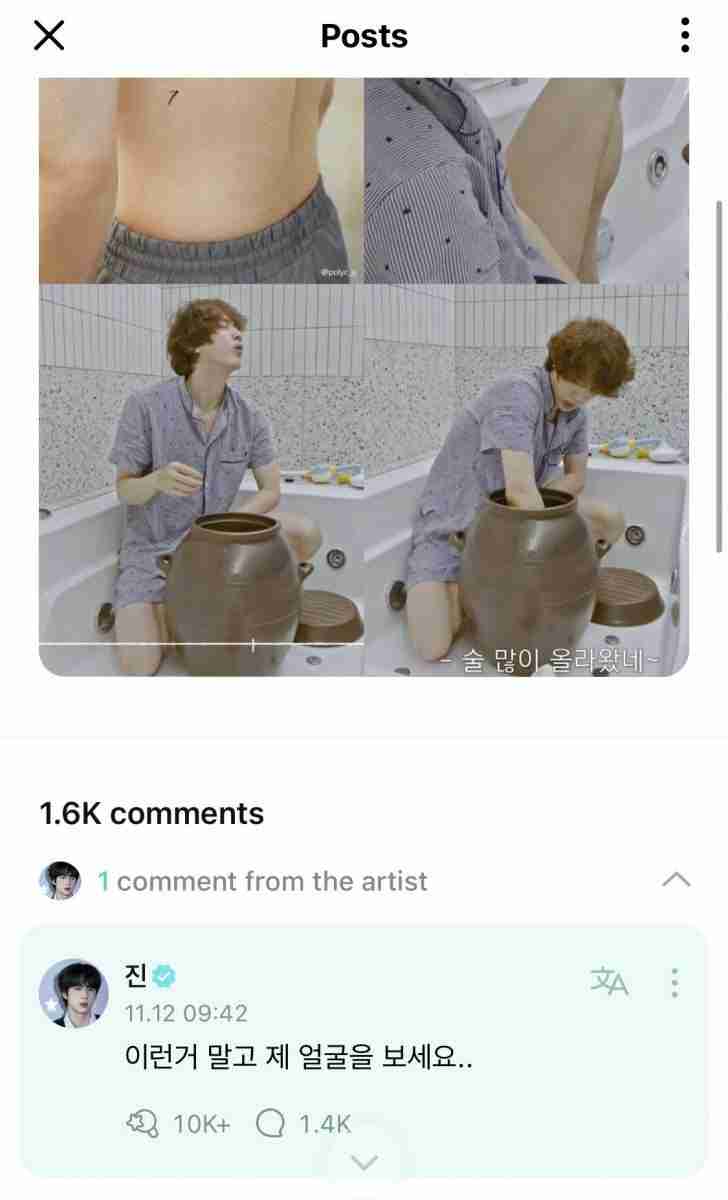 Jin was quick to remind fans that her good looks should catch their attention. Netizens also commented on Korean online communities, writing: