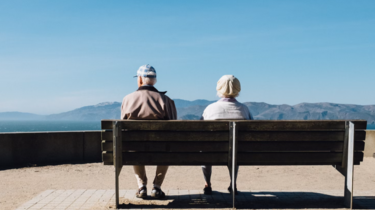 Pensions: A man had a testicle amputated during the January 19 demonstration after a police officer clubbed him with a baton

Pensions: A man had a testicle amputated during the January 19 demonstration after a police officer clubbed him with a baton

Wounded by a police officer’s baton during the Paris demonstration against pension reforms on January 19, a Franco-Spanish engineer who was taking pictures had his testicles amputated. His lawyer will file a complaint.

A moment of tension. While taking part in the demonstration against pension reforms in Paris on Thursday January 19, a French-Spanish man received a baton in the crotch from a police officer while lying on the ground with his camera in one hand.

Hospitalized after the incident, the 26-year-old engineer had to have his testicle amputated, his lawyer Me Lucie Simon confirmed to AFP. “It’s a criminal qualification, we’re not in a state of self-defense or self-defense, I want proof of that from the pictures we have and the fact that he wasn’t arrested afterwards,” she said.

“It was such a severe blow that we had to amputate his testicles. An extremely violent and gratuitous gesture, bordering on sadism,” she added.

For its part, the police headquarters has confirmed to AFP that an internal administrative investigation has been opened so that “the exact circumstances of the reported incident can be clarified”.

The facts occurred in the context of “extreme violence”. During the clashes between demonstrators and police, the man with the camera in his hand walked towards the police. But when a police officer ran towards him with a baton in hand, the engineer lost his balance and fell, as we can see in the images posted by AB7 Media on Twitter.

A Spanish photographer is beaten by the police and hit on the ground… #strike19january #demonstration19january #19janvier2023 pic.twitter.com/3HKWSZ5Tmq

According to his lawyer, the man is “still in shock” for the time being. “He posed no danger, he feels incomprehension, shock and anger because he will suffer irreversible consequences,” underlined Me Lucie Simon.