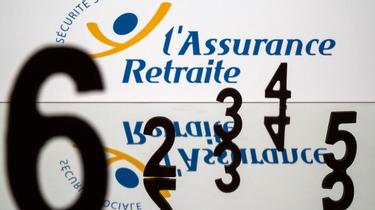 Pension reform: what is the joint initiative referendum proposed by Nicolas Dupont-Aignan?

Pension reform: what is the joint initiative referendum proposed by Nicolas Dupont-Aignan?

Nicolas Dupont-Aignan, deputy and president of Debout la France, presented on Tuesday a proposal for a joint initiative (RIP) referendum on pension reform. Why is ?

A proposal for a joint initiative referendum (RIP) on pension reform was tabled yesterday, Tuesday 17 January, by Nicolas Dupont-Aignan. In his text, the MEP and President of Debout la France proposes “limiting the statutory retirement age to 62”. As a reminder, the government intends to reform it by raising it to 64 years.

A precise process must be followed for this RIP to conclude with Parliament examining the text or submitting it directly to the French by referendum.

First, Nicolas Dupont-Aignan must find at least 185 of the country’s 925 parliamentarians (577 deputies and 348 senators) to support him. The Constitutional Council then examines whether the text concerns one of the areas provided for in the Constitution: economic, social or environmental policy, the ratification of a treaty or the organization of public services.

He must also ensure that the referendum bill does not seek to repeal a law that was promulgated less than a year ago, and that it does not have the same subject matter as an earlier bill rejected by a referendum less than two years ago.

If confirmed, the signatures of at least 10% of French voters must be obtained within nine months. That’s 4.87 million voters. According to Nicolas Dupont-Aignan, this point would be easily achievable. On the other hand, he is more pessimistic about the first level, the 185 supporters of the parliamentarians. According to him, some elected members of the National Rally have already pledged their commitment to him, AFP reported, but the number is far from sufficient.

See also  5 things to know about Corto Maltese, the comic book hero who will soon be turned into a series

If all steps were validated, the bill would then have six months to be considered by the National Assembly and Senate. Otherwise, the President of the Republic is obliged to submit it to the French through a referendum.

If the majority of citizens vote for the text, she then has fifteen days to announce the new law.