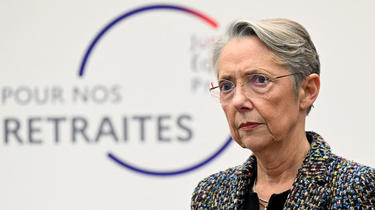 Pension reform: the opposition calls for the referendum

Pension reform: the opposition calls for the referendum

As pension reform continues to divide the political class and public opinion, several elected opposition figures are proposing to hold a referendum to decide.

The protest against the pension reform does not weaken. While the government plan is to be presented to the Council of Ministers on Monday, several opposition politicians are calling for the referendum.

“We may be heading for difficult and uncertain times with popular mobilizations in the streets and threats of blockades in the coming days,” argued Jordan Bardella, President of the RN, on CNEWS on Sunday. “And then there is this majority of rejection, which is made up in the country around this 68% of French people, according to the Ifop poll, who are against the pension reform (…) If we have this horizon in mind, then you have it a referendum go through and present this bill to the opinion of the French people,” he continued.

According to the RN leader, the referendum is “a way to put this text up for debate in order to be at the top”.

The idea also appeals to the left. “I ask the President of the Republic to open a peaceful debate that will end with a referendum, why not,” began Fabien Roussel (PCF) during the January 19 demonstration.

“Not only was Emmanuel Macron re-elected largely thanks to the Republican barrage, but the French also denied him an outright majority. On this issue, which affects our social pact, in the absence of a mandate from the French, adoption by referendum is essential Twitter Olivier Faure, First Secretary of the Socialist Party.

However, the use of a referendum, which would be a first since 2005, remains highly unlikely. After a strong mobilization on the streets on Thursday, the executive remains determined to go ahead with its pension reform with some minor adjustments.

See also  Christmas and Hanouka: Gérald Darmanin calls for an increased police presence in front of places of worship
Share