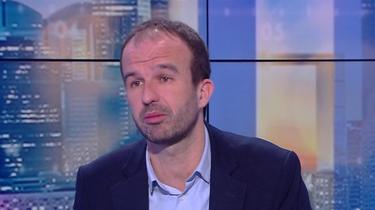 Pension reform: “Not everyone feels comfortable with this text in Makronie,” says Manuel Bompard

Pension reform: “Not everyone feels comfortable with this text in Makronie,” says Manuel Bompard

As a guest of La Matinale de CNEWS this Tuesday, January 17, Manuel Bompard, LFI MP for Bouches-du-Rhône and party coordinator, returned to the pension reform project because “it was not certain” that the text would get a majority The National Assembly.

A pension reform project that is not unanimous even in the majority? This is what Manuel Bompard assured on CNEWS this Tuesday, January 17, considering that “everyone in Macronie is not happy with this text”.

According to the coordinator of rebellious France, “today it is not even certain that there will be a majority in the National Assembly to vote for the reform”.

A former minister opposed the text

Manuel Bompard cites in particular Barbara Pompili, MP for the Somme and former minister for ecological transition (2020-2022) under Emmanuel Macron, who announced on Monday that she would not vote for the text “at this stage” and denounced ” social injustices”, which they believe will be brought into the project.

The LFI MEP also mentions the opposition of some Les Républicains MEPs. If Republican President Eric Ciotti backs the reform project, 13 LR lawmakers could vote against the text, according to JDD. Among them, Aurélien Pradié has already said publicly that he will not choose the reform as it is.

However, lacking an absolute majority in the National Assembly, the government is counting on all Republican votes to avoid having to resort to Article 49.3 of the Constitution again.

On the subject, Manuel Bompard has also denounced the conditions under which the debate in the National Assembly was organized, “a sort of 49.3 in disguise,” he estimated.

“The government uses a legislative method, which is an amending finance bill, which limits debates in the chamber to thirty days and fifty days in total. So that means that we will actually have 10, 15 days in plenary to debate this text in the National Assembly. For such an important issue, it is not a respectful method from a democratic point of view,” he stressed.