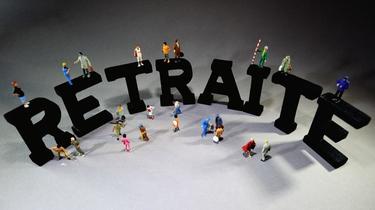 While the government unveiled its pension reform on Tuesday 10th January, raising the retirement age to 64 has not gone down well with unions and a first day of demonstrations and strikes is planned for 19th January. The entire left called to join the mobilization.

This Tuesday, January 10, Prime Minister Elisabeth Borne unveiled her pension reform with a controversial proposal: raising the statutory retirement age to 64 in 2030 with an acceleration of the lengthening of the contribution period, which now rises to 43 in 2027.

If the executive branch tries to balance the imbalances in the pension system with this idea, it’s not to everyone’s taste… and certainly not the unions. In a joint press release, the eight major unions (CFDT, CGT, FO, CFE-CGC, CFTC, Unsa, Solidaires and FSU), who met at the Bourse du travail in Paris late Tuesday afternoon, called for a first Day of demonstrations and strikes on Thursday January 19th, which all left-wing parties want to follow.

“This reform will hit all workers hard, especially those who started work early, the most vulnerable, whose life expectancy is lower than that of the rest of the population, and those whose difficult jobs are not recognised,” they complain.

|| INTERSYNDIC PRESS RELEASE || #pension reform After the announcement of the postponement of the statutory retirement age to 64, all unions call for a mobilization on January 19th! #64ansestnon https://t.co/C9QK07wldf pic.twitter.com/lRWwuaTXNa

“The pay-as-you-go pension system is not in danger, nothing justifies such a brutal reform,” they add.

But even before the reform was announced, many unions had expressed their dissatisfaction with the government’s plan. On the side of the CFDT, the first trade union in France, general secretary Laurent Berger had warned in the columns of Le Parisien that there would be “no deal” with his organization, which opposed reform “at a certain age”. “The CFDT is ready to call on staff to mobilize,” he said.

“If Elisabeth Borne continues to believe that postponing the coming of age is the right reform, we will do everything we can to persuade the government to back down. And we will use all our levers!” he added.

An opinion shared by Force Ouvrière (FO), which is extremely opposed to the government’s proposal. The union had also called for the abandonment of any project aimed at pushing back the statutory retirement age and/or increasing the number of annual contributions. If necessary, FO promised to “fight the battle”.

“If pension reform is for the FO the mother of reform for the government, for us pensions will be the mother of struggles,” the union warned.

FO calls for the abandonment of all projects aimed at pushing back the statutory retirement age #Retreat and/or increase in the number of pensions #posts pic.twitter.com/ThiWqkQhQu