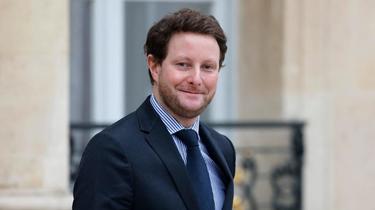 Paris: Traffic at Gare de l’Est is recovering faster than expected, according to SNCF

Paris: Traffic at Gare de l’Est is recovering faster than expected, according to SNCF

While train services to and from Gare de l’Est (10th) this Wednesday 25 January were reported as severely disrupted following an “act of sabotage” the previous day, SNCF said repair work on Gare de l’Est Est (10 facilities have “progressed well”.

Improved Traffic. The SNCF announced on Wednesday that the repair work required after an “act of sabotage” that had led to the failure of a signal box at Gare de l’Est (Paris 10) the day before was “well advanced”.

Yesterday and tonight our teams worked all day in Vaires-sur-Marne. Tireless mobilization to repair the damage caused by arson to the electrical cables that feed the signaling and switchboards. #GaredeLEst pic.twitter.com/QL6gfEkYPu

Since midday on Wednesday 25 January, traffic has improved with 3 out of 4 trains for the TGV Est.

Note that all TGVs are now back to and from Gare de l’Est and for some are no longer diverted to Gare du Nord or Gare de Lyon.

Regarding the Transiliens, an improvement on the “P Nord” line towards Meaux (Seine-et-Marne) and Château-Thierry (Aisne) was also announced.

The “P Sud” lines to Tournan and Provins in Seine-et-Marne and the RER E will not be affected, while the Grand Est TERs will operate normally.

Traffic has been suspended since January 24th #Paris – #Meaux / #ChateauThierry after an act of vandalism in Vaires.

The repairs allow us a gradual return to normality since this Wednesday 25/01 at 10 a.m. with some residual disruptions. pic.twitter.com/2sZlXh5q0L

SNCF Voyageurs remains cautious about Thursday and promises to update its forecasts at 5pm.

As a reminder, this Tuesday, January 24, SNCF denounced an “act of sabotage” following an arson attack that caused a signal box to fail. All trains arriving at Gare de l’Est had been cancelled.

Due to a deliberate fire on electrical cables, the traffic of trains (TGV INOUI, OUIGO, TER, TRANSILIEN) departing and arriving from Paris Gare de l’Est is suspended all day Tuesday 01/24/23.

More information will be sent throughout the day. pic.twitter.com/1ARBJeiKwY

Traffic was initially expected to resume around 10 a.m., but the damage caused was ultimately assessed as too great. “According to initial findings, we can speak of arson on electric cables (…),” the company said shortly after the announcement.

Among others, the TGV line Est, the Transilien line P to Meaux and Château-Thierry and the TER “Grand Est” were affected by this law. The Meaux public prosecutor made several technical findings, such as the fire in two boxes housing electrical cables and the opening of an access gate to the SNCF tracks.

Meaux prosecutors launched a flagrant investigation into “willful degradation by fire and endangering others”. It is carried out by the criminal police services of the city of Seine-et-Marne.

The Gare de l’Est serves the country’s Grand Est region (Strasbourg, Nancy, Colmar, Reims, Epernay, etc.) as well as international destinations such as Germany and Luxembourg. According to figures from 2019, around 41 million travelers pass through the Gare de l’Est, one of the six major train stations in Paris, every year.