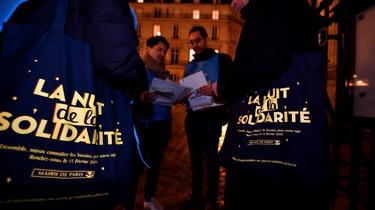 Paris: soon the city will offer legal advice with 9 free access points to the law

Paris: soon the city will offer legal advice with 9 free access points to the law

With soon to have 9 access points to the law scattered throughout the city, the Parisian municipality recalls its ambition to support Parisians, especially the most vulnerable, in their judicial processes. And in 2023 we want to go even further.

“The access points to the law are places of reception and of free, anonymous and confidential residence,” the municipality recalled in a press release, explaining that these places “enable users to access local information, consultations on their rights and obligations, and support.” in their court proceedings”.

A policy that has been carried out in the capital for several years, as Antoine Guillou reminds us this Tuesday, January 17, but which this year must correspondingly accelerate Deputy Mayor of Paris, in charge of human resourcessocial dialogue and the quality of public services, while last October the Paris Council adopted a roadmap for access to justice.

Today, according to the deputy, there are two types of structures. On the one hand there are 5 access points to the law, entirely funded by the City of Paris and open all year round and managed by associations such as the Protestant Social Action Center (CASP) or Emergency Rights, and on the other hand there There are 3 judiciary and law houses, whose premises are financed by the city and the professionals by the Ministry of Justice.

And given the success of these, to which almost 200,000 people go each year, a 4th should open in the 13th throughout 2023. So many places where Parisians can access specific information and where they can be accompanied for free on family and labor law issues.

At the same time, hotlines can be set up in these places and in other places “closer to the user”, notably in the district town halls, where lawyers from the Paris Bar Association are available “all year round for free legal advice”, but also during the “Lawyer in the City” event specified Antoine Guillou, who adds that there are also Relays of Access to Justice (RAD), other types of permanence organized in the CASVPs or in the ‘Association’ premises.

“As close as possible to those who need it most”

“We are in a logic of ‘walking’, organizing these permanent residences in specific places, as close as possible to the people who need them most,” explains the MP. According to him, the system primarily benefits humble people “who have less means, who do not necessarily have a stable job or a home, but also foreigners who have difficulty finding appointments in the prefecture to obtain or repeat papers.

At certain access points to the law, they constitute “more than 30%” of the public received. Helping them, even accompanying them, “to take their administrative procedures to court is often the only way to get the prefectures to act”, laments the Parisian-elect, who finds it “absolutely abnormal to be forced to do so”. and stresses that this “tends to overload the mechanisms for access to the law”.

He, who has just signed a column in Libération denouncing the “Kafkaesque processes” that foreigners have to face “to renew their residence permits”, testifies to “the absurdity of the situation” when a foreigner legally enters a house accompanied by the judiciary and law to assert his rights against the state. “It’s as if the Justice Department is funding lawsuits against the Home Office,” he says.

With a budget of 3 million euros per year, Antoine Guillou has set himself several objectives for 2023: “To make these systems better known” so that as many Parisians as possible can use them “to improve the quality of service”, especially with regard to the Accessibility, but also “to work on the training of the speakers” and “to further develop interpreting”.

See also  How many bitcoins should you have in your wallet?
Share