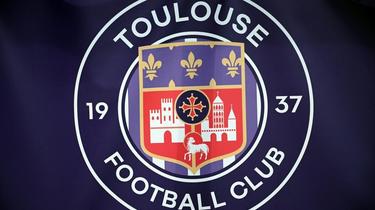 Deputy ecologist Eva Sas, who was present along with three other elected representatives of the capital during the tribute to the victims of the hypercacher on Monday, January 9, published a photo in which the group appears smiling. The publication aroused the outrage of netizens, who pressed two of the protagonists for an apology.

A mea culpa. After a moment of meditation, Monday night took place in front of the Hypercacher at Porte de Vincennes in Paris, where a January 9, 2015 terrorist attack had resulted in the deaths of four people, as well as the attacker Amédy Coulibaly, deputy ecologist of Paris Eva Sas, published four photos on social networks taken during her presence at this tribute before removing them.

Eva Sas appeared there alongside Emmanuelle Pierre-Marie, mayor of 12e Arrondissement of Paris, Emmanuel Grégoire, First Deputy Mayor of Paris, Éric Pliez, Mayor of the 20the Capital District. While some sketched a slight smile, others appeared with just a smile.

The publication sparked outrage from netizens, prompting the Greens MP to withdraw it on Tuesday morning.

“You don’t pose in front of a place ravaged by terror,” wrote one user. “What rudeness to take a picture of yourself with a smile,” criticized another.

In light of this controversy, Eva Sas apologized on Twitter. “I would like to apologize for the totally inappropriate photo that was accidentally posted while honoring the victims of the hypercacher,” she wrote.

“It in no way reflects our thoughtfulness and our emotions during this ceremony, nor my commitment against anti-Semitism, which affects me personally,” she added.

See also  Israel: Benjamin Netanyahu will present his government to parliament on Thursday

“In return, I apologize for this photo, which was indeed inappropriate and in no way reflects our meditation during this ceremony and our fight to fight anti-Semitism,” Emmanuelle Pierre-Marie tweeted.

In return, I apologize for this photo, which was indeed inappropriate and in no way reflects our meditation during this ceremony and our struggle in favor of fighting anti-Semitism. https://t.co/gOueCLNwrZ

On Monday evening, several political representatives were present in front of the hypercacher, including Gérald Darmanin, Éric Dupond-Moretti, François Hollande and Anne Hidalgo, Mayor of Paris.