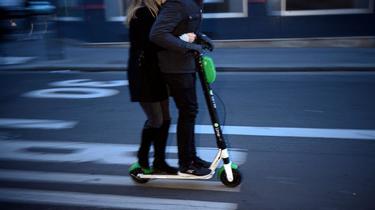 Paris: Everything you need to know about the April 2 referendum on electric scooters

Paris: Everything you need to know about the April 2 referendum on electric scooters

While the mayor of Paris, Anne Hidalgo, has just announced the holding of a referendum to decide whether or not to keep self-service electric scooters in the capital, the question arises under what conditions this “vote” will be organized. .

Who can vote? How is this vote organized? So many questions that need to be clarified in the coming weeks around the referendum of the Paris City Hall on electric scooters. At the moment, only the question that will be asked was announced by Anne Hidalgo during an interview with the Parisian: “Are we going ahead with self-service scooters or not?”.

A vote in City Hall on April 2nd

Organizationally, this citizens’ election could be similar to a classic election in which only French adults registered on the electoral lists would be entitled to vote. They would be called to their parish hall on Sunday, April 2nd.

And if it is obvious that this referendum is primarily aimed at Parisians, the possibility of opening the election to metropolitan residents or even to tourists, who are also interested in the development of Free -Floating services involved as they still account for 15% of users according to data from Dott, Lime and Tier.

But nothing official at the moment, while the cabinet of David Belliard, the deputy mayor of Paris responsible for mobility, still has to work on this issue and organize this all-new referendum. The conditions should therefore be communicated in the coming weeks.

In the meantime, and as the results of this “vote” won’t be known until spring, the 3 operators could well get a rebate while their contract was originally supposed to end in March. The Paris municipality has already announced that contract changes will be signed to allow them to stay until at least the summer.