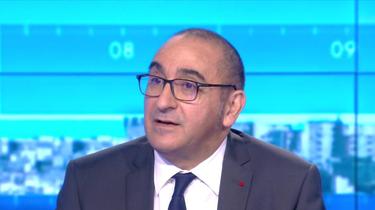 Paris: Crime “has gone down in the last six months,” according to Laurent Nuñez

Paris: Crime “has gone down in the last six months,” according to Laurent Nuñez

Laurent Nuñez, appointed to replace Didier Lallement in July 2022, pointed out that “crime has decreased in the last six months” in Paris and the Paris region, although it remains at “structurally high” levels .

In an interview with the JDD, the police prefect of the capital, Laurent Nuñez, assures him: “Crime has gone down in the last six months” in Paris and in any agglomeration.

Burglaries on the rise

He attributes this decline to the deployment of “many more staff on public roads in the most criminal and congested sectors like train stations or tourist attractions” since his arrival.

“However, the structurally high crime rate in the Paris region does not allow us to speak of a generally positive situation,” he added. In particular, burglaries remain a “black spot”, with “an increase of 5.3% in the agglomeration and 8.8% for Paris”.

But “we have slowed the increase – we were at + 30% when I arrived,” assures former Secretary of State to the then Interior Minister Christophe Castaner.

“Other concerns: domestic violence (…) and non-malicious violence,” which “continues to increase,” according to the police prefect.

See also  Strasbourg: end of the investigation into the attack on the 2018 Christmas market
Share