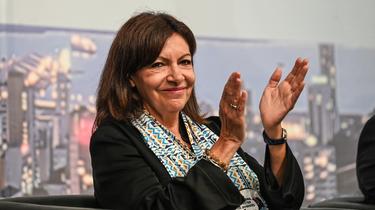 Paris: A reception center for LGBTQI + “the most vulnerable” opens on rue Malher

Paris: A reception center for LGBTQI + “the most vulnerable” opens on rue Malher

A reception center for the LGBTQI + “the most vulnerable”, especially refugees, will have to open its doors on rue Malher (4th) next May, announced Jean-Luc Romero, deputy mayor of Paris in charge of human rights, on Wednesday 25 May .January, on.

In less than four months, a brand new “new place in the heart of the Marais” in “rooms of 520 m2 completely renovated” will open its doors at 22 rue Malher (4th), welcomed Jean-Luc Romero this Wednesday . Designed as a focal point for people who face discrimination based on their homosexuality or transgender identity, this space will be open to all but dedicated to homosexual and transgender refugees.

A place of welcome and support

With 7 different associations such as ARDHIS (Association for the recognition of the rights of homosexual and transgender people to immigration and residence) or even OUTrans, these people find specific support and follow-up through “discussion groups, therapeutic accompaniment, French lessons”, enumerates the team of assistants.

The reception center will also be a “place for debates and exhibitions with artistic events”, specifies the elected official, who will ensure that it is open to all Parisians. In addition, for this purpose, no less than 450,000 euros have been invested in accessibility works by the Paris municipality, to which must be added 140,000 euros in development works.

If the opening date of this center is not yet official, the inauguration of this place – whose “we do not yet know the name” – “will probably be on the 17 symbolic date of the publication in the Official Gazette of the law opening marriage to same-sex couples”, recalls Jean -Luc Romero.

See also  The Credits - TV Show: Récré A2 Special with Véronique (host) and Joseph Lewartowski (director) | The Law of Series #661

Appointment for the 10 year marriage for everyone

On this day and on the occasion of the 10th anniversary of Marriage for All, an international conference will be organized at City Hall on that day. Several round tables are organized on human rights issues, the decriminalization of homosexuality, the fight against AIDS and the situation of LGBTQI+ people in other countries. Prizes will also be awarded on this occasion.

Driven by Jean-Luc Romero, but also by Ian Brossat, deputy housing commissioner, the fight against homophobia and transphobia has led the Paris city council to set up reception centers but also housing for homosexual refugees persecuted in their countries of origin because of their sexual orientation who sometimes left everything behind. About fifty of them are housed in Paris, and up to 72 are to be added “in the coming months”.

On January 10th, the mayor of Paris, Anne Hidalgo, assured that Paris “will remain that city of love, where one has the right to love freely”, announcing that in the interassociative space of the Marais a space dedicated to LGBTQI + People, rue Mahler, “to support the most stigmatized among them, especially migrants and victims of violence”.