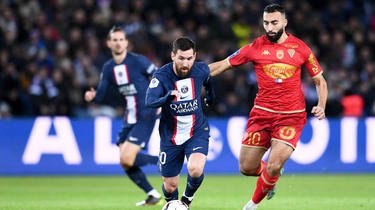 He was approached on the England side. This Tuesday, the English club Wolverhampton formalized the arrival of Pablo Sarabia for a two-year period. The Spanish striker leaves Paris Saint-Germain for a permanent move to the Premier League club.

We have completed permanent signing @Pablosarabia92.

The striker joins Molineux for two and a half years

Pablo Sarabia (30) was trained at Real Madrid and was captain of Spain, European Under-19 champions of 2011, under the guidance of Julen Lopetegui, currently coach of the Midlands team.

He went on to Getafe and Sevilla, where he surpassed the bar of ten goals and ten assists a season for three years, opening the doors for the Spanish side (26 caps). He was also in the Spanish group at the last World Cup in Qatar, where Spain were stopped by Morocco on penalties in the round of 16.

In 2019 he joined PSG and won eight trophies there, although last season he was loaned to Sporting Portugal where he scored 22 goals and provided 11 assists. Wolverhampton are battling for 16th place and were able to break out of the red zone last weekend with a 1-0 win over West Ham.