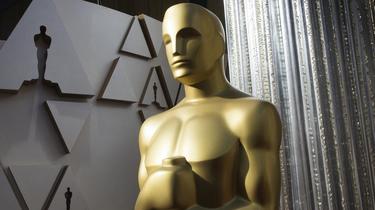 The 2023 Oscars nominations were announced on Tuesday January 24 and drew criticism. Eligible is the Best Effort category, which does not include a female filmmaker.

Since 2015 and the emergence of #OscarsSoWhite, the Academy Awards have been a source of controversy for their lack of diversity. This year, it is the absence of a director that has drawn widespread criticism on social media under the hashtag #OscarsSoMale.

Sarah Polley (“Women Talking”), Gina Prince-Bythewood (“The Woman King”), Maria Schrader (“She Said”) or even Charlotte Wells (“Aftersun”)…None of these filmmakers are actually on the list of nominees Oscar for Best Director 2023.

The Academy preferred Daniel Kwan and Daniel Scheinert (“Everything Everywhere All at Once”), Todd Field (“Tár”), Martin McDonagh (“The Banshees of Inisherin”), Ruben Östlund (“Triangle of Sadness”) and Steven Spielberg (The Fablemans).

Following the announcement of those nominations this Tuesday, January 24, Los Angeles-based organization Women In Film was among the voices raised to condemn the Academy for omitting female filmmakers. “Once again, the Academy’s voters have shown that they do not value women’s votes and excluded us from the Best Director nominations,” it said in a statement. “More than a golden statue, an Oscar is a career booster that can lead to continued work and higher pay. That’s why WIF will continue to support the work of talented women directors like Sarah Polley, Gina Prince-Bythewood, Maria Schrader, Chinonye Chukwu and Charlotte Wells.”

That absence of women in the Best Director category ends with two fruitful years marked by wins for Chloé Zhao in 2021 for Nomadland and Jane Campion last year for Power of the Dog.

It is worth remembering that in the history of the Oscars, only seven women were nominated for the realization and only three of them were crowned. It had taken 82 years for the premiere to win that award, and it was Kathryn Bigelow for The Hurt Locker.

Although no women were named directors this year, Sarah Polley’s drama Women Talking, adapted from the novel by Miriam Toews, won critical acclaim and is among the 10 films nominated for Best Picture.

With more and more women working behind the camera, the fight for a spot in Hollywood is far from over. Prior to this year’s nominations, there were 581 films nominated by the Academy, notes Variety magazine, which laments that only 18 of those films were directed by a woman, beginning with Randa Haines’ Children of a Lesser God (1986 ).

“The Academy’s selection is just a symptom of the problem plaguing Hollywood,” the Variety journalist continues. “While there has been a marked improvement over the past few decades, there has also been a regression evidenced by research conducted by USC Annenberg,” it is developed. “The report revealed that of the 111 directors hired to direct the top 100 films last year, only 9% were women. That number declined from 12.7% in 2021. At the same time, the number of black, Asian, Hispanic/Latino, and multiracial and multiracial filmmakers also fell from 27.3% in 2021 to 20.7% in 2022. Women of color made up just 2.7% of the directors of last year’s top 100 films.”

Behind the camera, too, cinematographers are at least represented this year by Mandy Walker, who worked on the film Elvis and is the third woman to be nominated for Best Cinematography in 2023 since Rachel Morrison broke the glass ceiling with Mudbound year 2018.

“I’m so honored and proud,” she responded to THR. “I’m really proud of the film (‘Elvis’ received eight nominations, including Best Picture and Best Actor for Austin Butler in the title role, box office. I’m glad it’s recognized in this way,” she said.

“Women are doing great work and now we’re being recognized for it,” she added, noting that opportunities for women in her field are “slowly improving”. “Elvis” was his fourth collaboration with Luhrmann. Previously, she notably worked on the campaigns of Chanel No. 5 with Nicole Kidman and Gisele Bundchen.

Last year, cinematographer Ari Wegner was nominated as the second woman in this category for her work on The Power of the Dog. Will Walker follow in their footsteps? Answer will be held at the Dolby Theater in Los Angeles on the night of March 12-13 during the Oscars and will be broadcast live on Canal+.