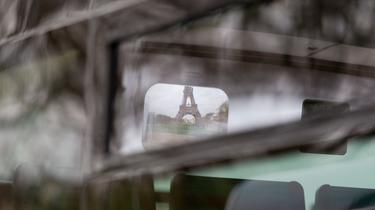 Olympia 2024: Concerns about the use of “enhanced cameras”

Olympia 2024: Concerns about the use of “enhanced cameras”

While the 2024 Olympic and Paralympic Games bill is being considered in the Senate on Tuesday, January 24 and Wednesday, January 25, some changes are already under discussion. This applies in particular to so-called “algorithmic” video surveillance

The fact that so-called “algorithmic” video surveillance will be used during the Paris 2024 Olympic Games does not please everyone, especially the National Commission for Informatics and Freedoms (CNIL), which has already opposed the draft law, or even the Council of State and to certain elected officials. This text, presented to the Senate this Tuesday, raises many problems in terms of respect for privacy, say its critics.

Extended cameras in the experiment

Questionable ? Experimentation with “enhanced” cameras that make it possible to detect suspicious movements in the crowd is being demanded by the authorities both near the sports fields and in the means of transport that serve them. If the law provides for experimentation with these new tools by June 30, 2025, they should be tested from the start of the next school year for the 2023 Rugby World Cup, scheduled to take place in France from September 8 to October 28.

“An experimental framework that, under certain conditions, allows the use of algorithmic processing of images captured by video surveillance devices or drones,” according to the Cnil, which warned that these new devices — which contain “intelligence systems (AI)” “Augmented Cameras” – pose “new and significant privacy issues”.

Because, under the pretext of “detecting crowd movements or luggage, gestures or suspicious behavior”, “these image analysis tools can lead to a massive collection of personal data and allow automated real-time monitoring”, Cnil also warns against whom “The deployment , also experimental, of these devices represents a turning point that will help define the general role attributed to these technologies and more generally to artificial intelligence”.

See also  World Cup 2022: Here is the composition of the French team against England

These concerns are shared by many elected officials, particularly communists and environmentalists, who generally fear a “disproportionate assault on privacy”. “No, the Olympics should not be a test run for the use of artificial intelligence-based surveillance technologies,” environmentalists said in a press release, recalling that the experiment “went far beyond the Paris 2024 games, as the text supported the use of these systems.” envisages on cultural, leisure and sporting events taking place on French territory until June 2025″.

Among the concerned MPs is Rhône Environment Senator Thomas Dossus, who addressed his peers on Tuesday on the subject. “Dangerous legislative innovations have slipped into the core of this bill that have nothing to do with it. […] this bill has strayed from its original ambition of using the Olympics as a laboratory for security experiments,” he said, worrying that the expected 13 million viewers would be the “guinea pigs of an ‘experimental rush in surveillance technology.’

Same fear for Emile Meunier, ecologist elected in Paris, who is already denouncing the “new exceptions” to privacy that this law could allow “under the pretext of organizing the Olympic Games”. “The Olympics were presented as a cause for great celebration, but the law being proposed today is much broader and creates many new exceptions,” the elected official is alarmed, before quoting: “The ‘expansion of surveillance cameras’, ‘ Exceptions to advertising regulations’, ‘permission to take genetic fingerprints’ or even ‘installation of security checkpoints in sports facilities’.

In addition, this bill raises other issues, such as working on Sundays or using people who are already retired but can work with the organization of the event to overcome recruitment difficulties in specific areas such as security. When a hundred amendments have already been tabled, a formal vote is scheduled for Tuesday 31 January.