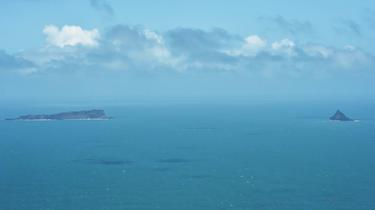 New Zealand Prime Minister Jacinda Ardern announced her resignation on Thursday 19 January due to a state of exhaustion. She had been in power for five and a half years.

A total surprise. Jacinda Ardern, the New Zealand Prime Minister who is very popular abroad, is stepping down from her posts. Exhausted, she confided with great emotion that “I just don’t have enough energy for four more years.” His resignation will take effect on February 7.

“I’m human. We give as much as we can and as long as we can, and then it’s time. And for me, that moment has come,” added Jacinda Ardern Using the summer holidays to recharge her batteries to govern, which she said she had “no regrets about”.

Jacinda Ardern also brushed aside the idea that her decision was justified by polls showing the Labor Party she came from was losing to a centre-right coalition in the next general election in nine months.

Jacinda Ardern became Prime Minister in a coalition government in 2017 before leading the centre-left Labor Party to a landslide victory in the next general election three years later.

See also  Camelia Jordan is the heroine of Irresistible, the next Disney+ series

A mandate that has not been easy as it has been marked, among other things, by the Covid-19 pandemic and the worst attack ever perpetrated in the country, on mosques in Christchurch. On March 15, 2019, white supremacist Brenton Tarrant murdered 51 Muslim believers during Friday prayers.

While it had enjoyed record popularity in New Zealand for a long time – the media even spoke of a “Jacindamania” – its rate has recently fallen due to the country’s economic situation.

His resignation will take effect on February 7 and the Labor Group will vote on the appointment of a new leader in three days. Jacinda Ardern will not leave politics for good as she has indicated she will continue to serve as an MP until the October 14 general election.