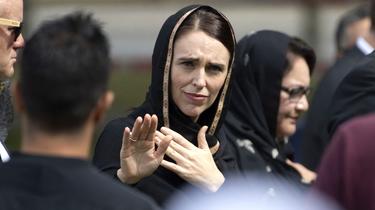 Former New Zealand official in charge of fighting the Covid-19 pandemic, Chris Hipkins, said this Saturday January 21 “able to get things done” after being chosen, the resigning Jacinda Ardern as prime minister to replace.

The only candidate to succeed Jacinda Ardern, Chris Hipkins, 44, must be formally appointed by the ruling party leadership on Sunday before he becomes his country’s 41st prime minister.

“The Labor Party caucus will meet at 1pm on Sunday to ratify the nomination and confirm Chris Hipkins as party leader,” said Duncan Webb, a Labor Party executive. The new prime minister will be responsible for leading his party in October’s general election, for which polls show he is not the favorite.

“I like to think of myself as someone who is determined and can get things done,” he told reporters outside Parliament in the capital, Wellington, believing he could win the Oct. 14 election.

Jacinda Ardern, a global figurehead for progressive politics, stunned New Zealand when she announced her sudden departure from power less than three years after winning a second term in a landslide election victory. During her tenure, she faced the Covid-19 pandemic, a deadly volcanic eruption and the country’s worst-ever attack, the 2019 killing of 51 Muslim worshipers at two Christchurch mosques by a white supremacist.