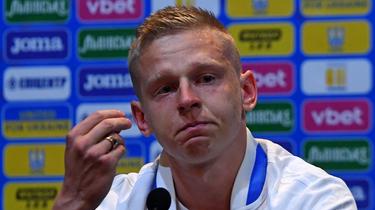 Football club Shakhtar Donetsk, which has just transferred Mykhailo Mudryk to Chelsea for a tens of millions of euros, announced on Monday that it would offer almost 25 million euros to help Ukrainian soldiers and their families.

A sale that will serve the Ukrainian army. Shakhtar Donetsk Ukraine winger Mykhailo Mudryk signed for Chelsea for €100m on Sunday.

According to the President of the Ukrainian club Rinat Akhmetov, Shakhtar Donetsk “will allocate $25 million to help our soldiers, their families and those defending us,” he said in a press release.

This project, known as “Heart of Azovstal”, was specially developed to help the defenders of the port city of Mariupol (south-east) and the families of soldiers who died in combat holed up in the huge Azovstal Steel Works on the seafront Azov.

A special jersey offered for sale

Rarely, after officially announcing the transfer of their 21-year-old nugget, Shakhtar Donetsk have announced the sale of a special shirt adorned in the player’s name.

We present exclusive t-shirts with thanks to Mykhailo Mudryk ⚒

Hurry up to shop in our online store!

The quantity of the product is limited. #Shakhtar pic.twitter.com/EkNBszSTcv

A marketing stunt, the proceeds of which could also go to Ukrainian soldiers.

“If we can talk about Ukrainian football today, it’s thanks to its army, its people and the incredible support of the civilized world. Only by joining our efforts will we root out the evil that has invaded our homes,” said Donetsk-born owner Rinat Akhmetov, who bought Shakhtar in 1996.

He has also positioned himself for a future friendly with English club Chelsea to be organized in Donetsk when the armed conflict will be a thing of the past.

See also  5 elements to understand the situation in Iran
Share