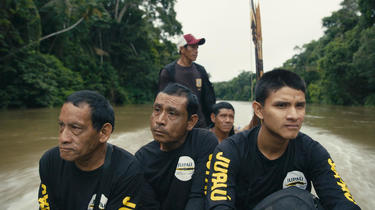 Moselle: A former forest ranger convicted of stealing a tree

Moselle: A former forest ranger convicted of stealing a tree

The criminal court in Thionville (Moselle) on Monday 23 January sentenced a former forest ranger to two years in prison, one of which was suspended, for cutting down and reselling wood from private property.

Bad for the job. A former forestry group leader was sentenced by the Thionville (Moselle) Criminal Court on Monday 23 January to two years in prison, one suspended, for illegally cutting down and reselling timber from trees planted on private property.

The damage caused by these thefts was estimated at half a million euros. In addition to the reimbursement of the amounts owed to the state treasury, the defendant was also notified of the obligation to pay compensation for work and damages towards the joint plaintiffs.

For several years, he used his position as an agent for the National Forest Property Center (CNPF) to acquire land from around fifty private owners “for the benefit” of his company.

The President of the Association of Private Forestry Associations of the Moselle, Didier Daclin, was “generally satisfied with the ruling” after the hearing. “What matters is that the judiciary stopped him with this conviction and sent a warning to his friends because he was not alone,” the representative said.

The defense, which judged the verdict “severe”, announced that it would appeal.